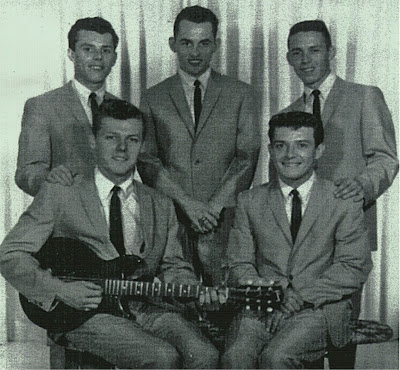 In 1958 The Casinos of_Then You Can Tell Me Goodbye. fame were know as The Legends(see in this blog) and consisted of J. T. Sears (Lead), Joe Patterson (Bass),Ray White(Vocal and Guitar),Roger West (Tenor) and Mac Brown (Baritone) They singing from Washington Park in Cincinnati,Ohio. but never recorded. 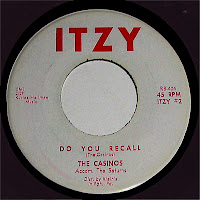 In early 1960 the Legends changed their name to The Casinos and the group recorded on Name Records the sides_Do You Recall/Teacher. with J.T. Sears on lead(Mr. Sears later was killed in an automobile accident) .the record was reissued in 1963 on Olympic and in 1965 on Itzy Records with different sides. 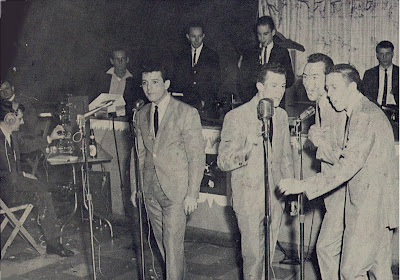 -Too Good To Be True/That's The Way.

Without success and with many personal changes the group continue singing in the Cinncinati area for many years.

In 1967 The Casinos were a nine-man group/band and charted # 6 with the tune_Then You Can't tell Me Goodbye.

Posted by Whitedoowopcollector at 11:17 AM