THE ECHOES aka THE UNIQUE ECHOS 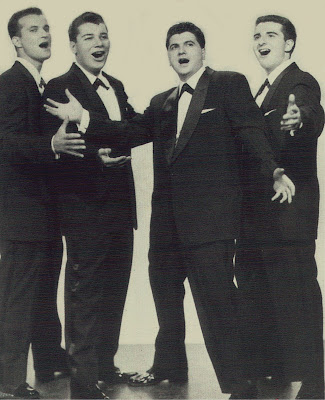 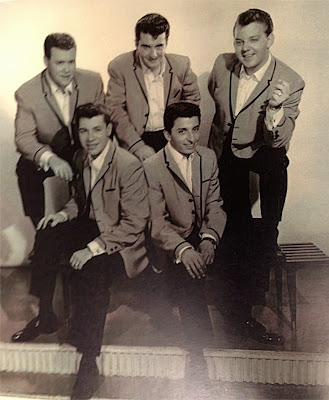 They contracted Frank Vito as their manager and recorded two original songs in Emil Cousin’s  Reco-art complex in Center City_Scratch My Back/Little Green Men. Released in 1958 on the Swan label under the group name of THE ECHOES.the A Side have a big Dj’s acceptacion but failed in the national charts.

Their new work in the Swan label were also in 1958 as instrumental band to Frankie Grier Quartet sides_Lonesome For You/Oh Gloria.

For the next four years the group singing and play in many shows in the US and Canada and new members were involved with the group;Eddie Vickery,George Vampisi,Joe Rodano,Jimmy McQuade,Dino Borgi.... in this time the group were know as THE ECHOS (no “E”). 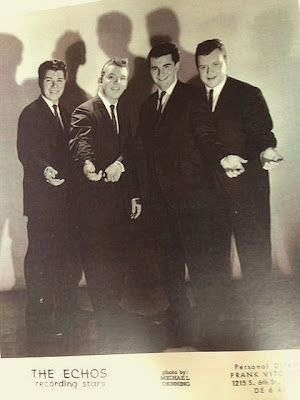 In 1962 with the popularity of the Twist sound Joe write_Italian Twist. with the B Side_Zoom(borrowed from the Cadillac’s tune). 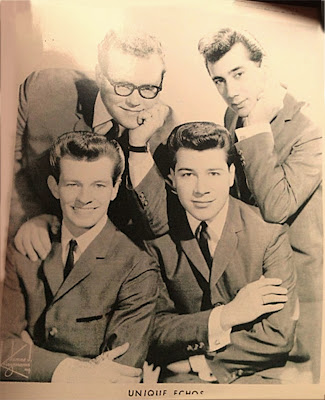 These two tunes were released in the Southern Sound label under the group name of THE UNIQUE ECHOS. Without succes the group disbanded during 1965.in 1969 joe Giglio joined The Four Aces.

The group have another recording in the late 60's_Booga-Ka-Do/Bongo Talk. on the Swan label under the group name of Jimmy McQuade & The Unique Echos. not present in the doo wop guides.

Below two rare pictures of the group on American Bandstand. 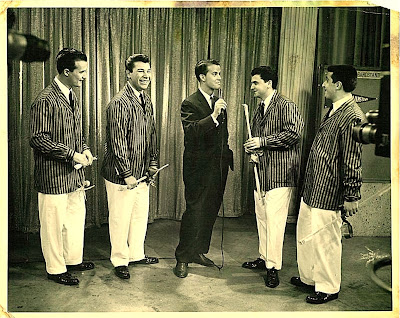 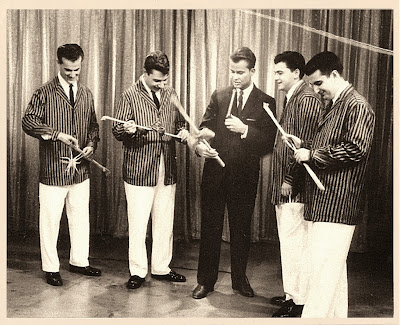 Posted by Whitedoowopcollector at 1:12 AM