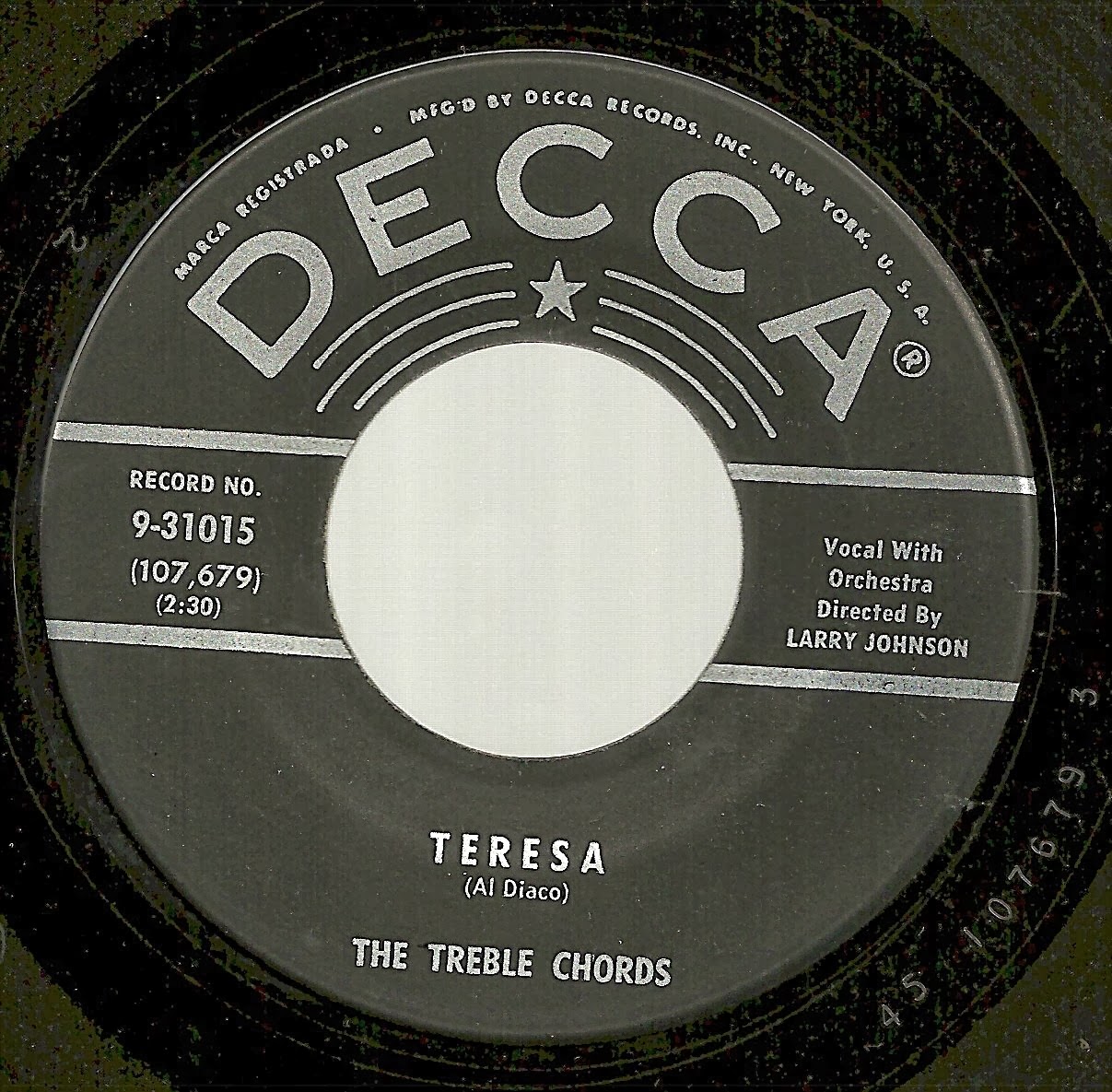 White group from the Bronx formed in 1957 by Ercote Gaudioso (Lead),Anthony Cacase,Al Diaco and Anthony DiBari also Frank Raia sang with they by a brief time.

From 1958 the guys winning several amateur shows and singing in many local events and receive the attention of Decca Records who in 1959 recorded their single_My Little Girl/Teresa.

To Listen or Download B Side, please visit; https://app.box.com/s/c71738jk6qs1y2znxwxc

Without success Tony DiBari left the group and joined the Bronx group Ninno & The Ebbtides. The rest of the group recorded another songs  for Decca  but the label never released these sides.

In 1961 the group broke up but Diaco and Gaudioso with Jay Ferrara and Anthony Biletto (from an unrecorded group named The Monterays) reformed the group with a new lead singer, Anthony Vizzari and recorded some demos for Cousin Records but again these sides were unreleased.

In 1963 Emil Sachs from The Concepts on ABC Records replaced Gaudioso but the group never made another recording.
Posted by Whitedoowopcollector at 12:00 AM