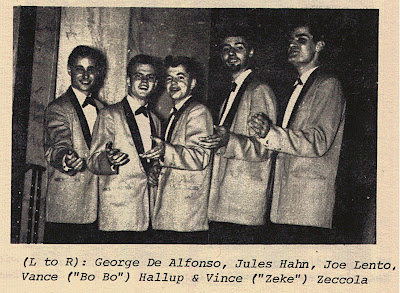 In the mid 50's in the Bronx Vinnie Zeccola,Vance"Bo Bo"Hallup,Freddie Rose and Richie Howell were know as Freddie & The Steadies,they recorded one demo_Leonora/My Darling. finally released in 1958 on the Vinnie's own label Way-Out Records under the group name of The Corvets. 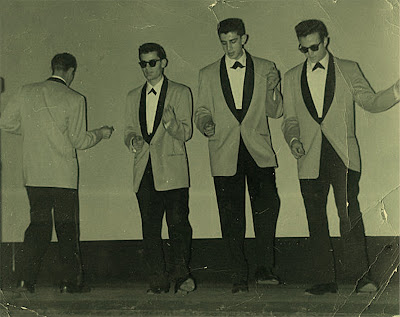 Without success the group broke up but reformed soon with Vinnie as Tenor,Vance as Bass and the new members Joe Lento as Lead,George De Alfonso as Second Tenor and Jules Hahn as Baritone. 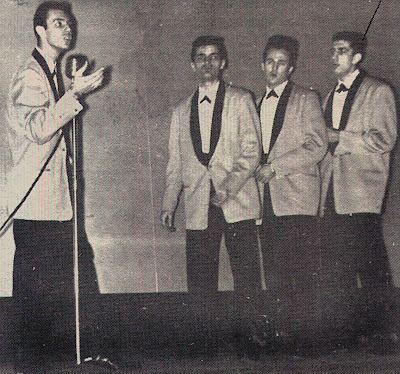 The new group contacted con disc Jockey Hal Jackson and this give to the group big life perfomances.In 1960 the group have a new demo_So Long/Alligator In The Park. they auditioned for Laurie's chief executives Elliot Greenberg and Gene Schartz.they liked it and wanted to record it,finally this demo was released in the Laurie's subsidiary label Laurel records in 1960.


The A side_So Long. have a great acceptaccion in the local radio shows and later The Bob Kinght Four released this song(see in this blog). 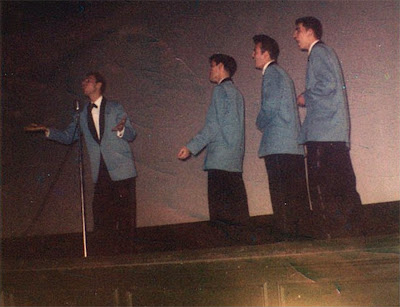 1961 and the group have a new recording out_Only Last Night(In The Garden)/Shark In The Park. on the 20th Century-Fox label but with nule promotion the record dead soon.

In 1961 the group recorded for Roulette Records the sides_Let's Find Out Tonight. and _Only Last Night(On The Garden).but the label only credited the recording as by Joey Dell .finally the group disbanded in 1962.