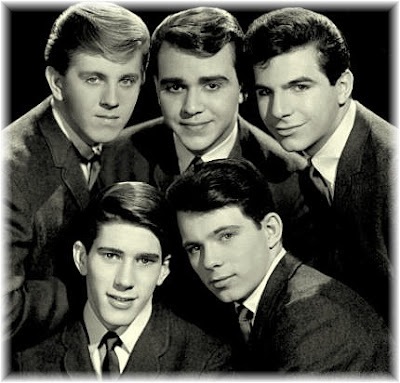 In 1964 Nick Sudano composed_The Night.which the Chord-Lords soon recorded along with an arragement of the classic_The Old Black Magic as B side this demo was given to some companies but in this time by internal conflicts the group broke up almost Sudano formed ye 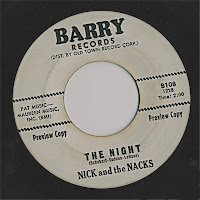 t another group Nick & The Nacks;Nick Sudano(Lead),Jack Connolly(2nd Tenor),Jimmy Hurley(1st Tenor),Ernie Southern(Baritone) and Roy Hitznko(Bass) when the group manager know that the demo of the Chord-Lords soon were released in the Old Town subsidiary label Barry Records he ask this be credited to Nick & The Nacks so way when you listen this records you really listen to NICK & THE CHORD-LORDS.

The real first release of the group were with the inclusion on WGLI DJ Lou Dean's"Night Train Special" LP of one side they have recorded as a demo_Linda.(with_ABC's Of Love as B side) this have to Mark Russo as bassman. 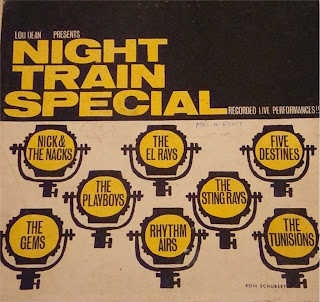 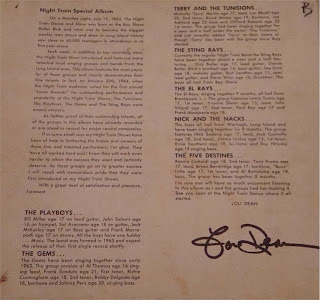 Finally in the mid-60's the group providing 7-8 acappella sides for the Eddie Grie's"Best Of Acappella" Lp's.with the changes in the music bussines the group soon lost interest with various members regulary missing rehearsals an soon they broke up.

To Listen or Download please visit; http://www.box.net/shared/ag3kd6dxxl
Posted by Whitedoowopcollector at 1:15 AM

I don't think this is the group that recorded on the Best of Acappella albums in the mid 1960's as Nicky and the Naks. The liner notes to Best of Acapella Vol 4 say "Nicky and the Naks are a well known group that go under another name. Although we have had many requests for information concerning this group, we must keep their identities a secret.".