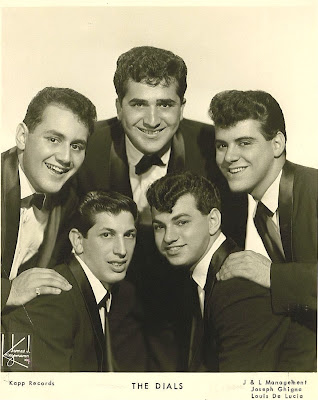 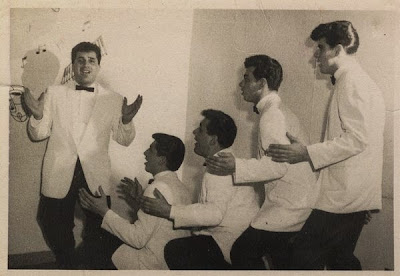 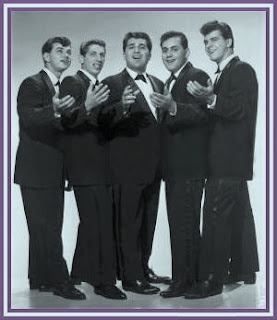 For the next months,the group limited their singing to club fuctions and local dances until they were discovered by Lou DeLucia,he immediately signed them a management contract and send the group to Lou Ciccetti of the Bronx based label Cousin's Records who produced their first recordings.Lou sold the masters to Philips Records and this label in 1962 release the Dial's sides_These Foolish Things/At The Star Of A New Romance.

After this release the group moved to Kapp Records and back up to Al Reno on the sides_Cheryl/Congratulations.

After the group broke up and Sal Corrente and Frank Rangone continued in the music business(see in this blog The Runarounds/lee & The Silver Tones/The Sinceres/The Johnny Law Four and The Blue Coats). 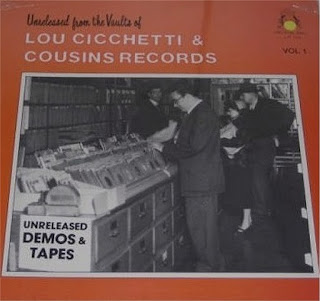 In 1987 Crystal Ball Records issued in one LP some Dial's unreleased sides from The Cousin's recordings as_Trying,Hey Little Girl or Unchained Melody.

To Listen or Download please visit; http://www.box.net/shared/bxonzzcz8r
Posted by Whitedoowopcollector at 12:04 AM