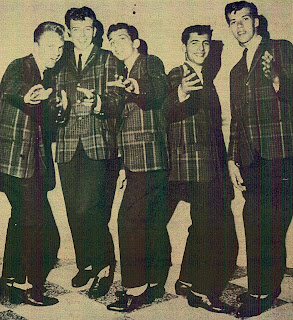 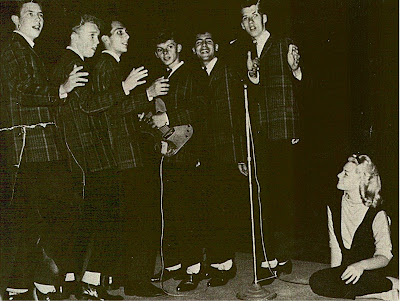 Late 1960 in Bergenfield,NJ. three members of a basketball team Eddie Brian(Baritone),Jeff Breny(1st tenor) and Dennis Buckley(Bass) decide to start a vocal group they recruited to Ronnie Nagel(Guitar),Rickie Scrofani(2nd Tenor) and Louie Biscardi(Lead) and The Ducanes were born(choosing their name for no reason other that the sound of the word).

In early 1961 they won a talent show and win an audition in this they sang an original tune_On My Vision Screen. written by their guitar player after this audition they signed an independent recording contract with Phil Spector.he send the group to the studio where they recorded the tunes_Yes I Love You/I'm So Happy. and another tune written by Phil_Little Did I Know.( in the instrumentacion players of this session is present as guitarrist Jimmy Hendrix). 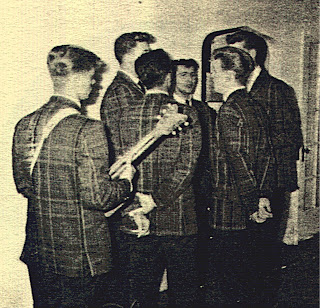 Finally Phil send the masters to George Goldner's Goldisc Records and this release the Teenchord's classic_I'm So Happy(Tra la la). and the Phil tune_Little Did I Know. the record was top ten in New York City and the group have big life perfomances in New York and Philadelhia.

Spector and The Ducanes moved to Liberty Records this label give to the group a song_Tennessee. the group not liked the tune and this was recorded by The Todds and later by Jan & Dean.this is the end of the Ducanes.Louis Biscardi work as a studio musician and Eddie Brian involved with the Connotations and The Autumns(see in this blog).
Posted by Whitedoowopcollector at 9:58 AM