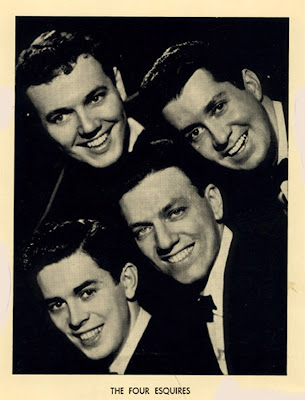 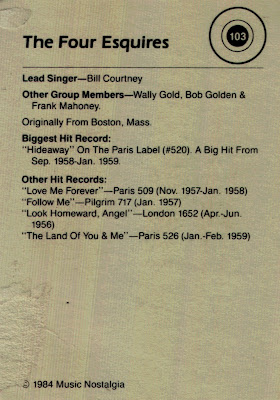 BIOGRAPHY
Bill Courtney (lead singer) and backing vocalists Walter Gold, Robert Golden and Frank Mahoney were students at the University of Boston, Massachusetts, USA, in the early 50s who harmonized for their own amusement to whatever instrumental accompaniment they could muster. Though popular locally, they waited until they were sufficiently schooled before becoming professional entertainers. After London Records signed them in March 1956, "Look Homeward Angel" was a turntable hit, but it was eclipsed by Johnnie Ray's version. Their workmanlike "Love Me Forever' (augmented with a female session vocalist's obligato), was overshadowed by a US cover version by Eydie Gorme and one in Britain by Marion Ryan. Nevertheless, it clawed into each country's Top 30 and, unhindered by competition, so did 1958"s "Hideaway" in the USA. While able to fill moderate-sized auditoriums and becoming a reliable support act in bigger venues, the Esquires clocked up no further chart entries and had disbanded by the early 60s. 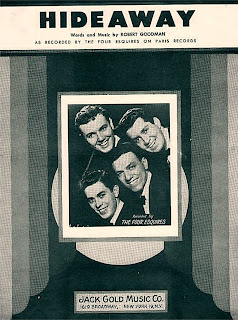 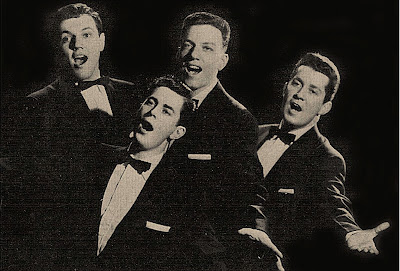 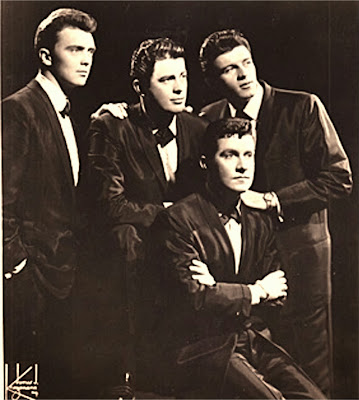 Posted by Whitedoowopcollector at 4:06 AM

Are these the same Four Esquires who released "The Sphinx Won't Tell" on Cadence, 1955?

Is the Four Esquires version of "Can't Help Falling in Love" on any doo-wop cd compilations? I remember it so well from when I was a kid....loved their version of the song before Elvis came out with his, but I can't seem to find it these days.

Because they sold the song to Elvis thus lost the rights

"Can't Help Falling in Love" is on a Four Esquires CD compilation entitled "Love Me Forever," which you can find on Amazon and other websites.