THE NEWPORTS_If I Could Tonight 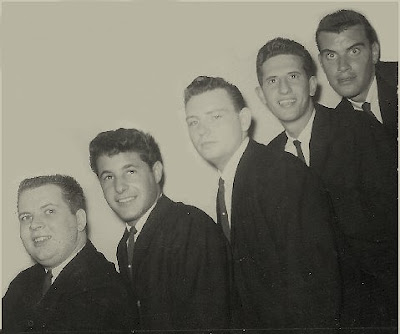 The story of the Newports started in the Queens, NY. In 1957 with the vocal group know as The Val-Roys with Jimmy Pace and Ronnie Pomerantz. They recorded in 1958 two demos_Teenage Sweetheart/I Love You So.

In late 1959 changed their name to The Essentials and recorded the demo_Teenage Sweetheart/Me And My Girl.

See in this blog The Valroys aka The Essentials. 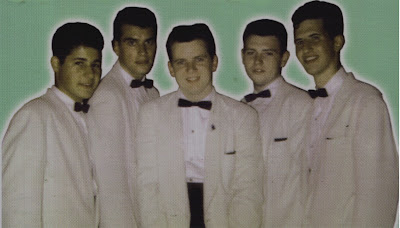 Tony Sepe of Lauerl Records signed the group and this recorded two new sides_The Night We First Met/Little Girl. But the label never released these two sides. In this time The Essentials singing in many local shows under the name of The Armores and finally disbanded. In this time Jimmy was involved with the Elites on Abel Records.

In 1960 Jimmy Pace and Ronnie Pomerantz with Artie Ross (who before sang with groups as the Vibertones,Nicky North & the Citations,Dennis & the Explorers or the Tony Orlando’s group, The 5 Gents), Stan Novack and Dennis Grey on Lead started a new vocal group The Newports and associated with Alan Lee as manager and he gave them the name after the cigarette becuse he currently had a favorite tune out by a group also named after a cigarette The Chesterfields.


They recorded a demo for Jack Gold of Paris records_Wishing Star/Hush-a-Bye My Love. But the label never released these sides (later the A Side was released by The Castle Sisters and the B Side by The Diplomats).

Jimmy Pace's father had introduced The Newports to new manager Dave McRae.This had some connections with Jamie/Guyden Records in Philadelphia and got the group a recording contract.the group recorded five tunes and two_A Fellow Need A Girl/If I Could Tonight.finallly were released on Dave McRae's own label Ken Records.In 1962 Guyden Records via Cross Fire Records released one side of the group under the group name of The Exzels(see in this blog). 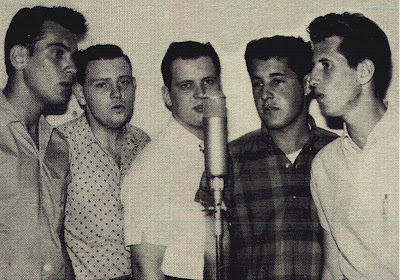 In the mid 1961 the group again went into the studio and cut new sides but some reason there was a delay in Guyden releasing the discs,finally in 1964 the label release_Tears/Disillusioned Love. with new member Joel Reinlieb in the lead voice but in this time the Beatle era was completely engulfing the music industry and the group are inactive as a Doowop group. 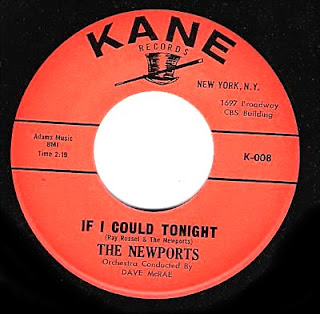 -The group have the unreleased sides_Love With All Of Your Heart/Hands/Go To Sleep Little Girl.

-The Newports back up actor James Caan demo_Just For You.

-In 1962 Jimmy were invited to form part of Vito & The Salutations but he refused.