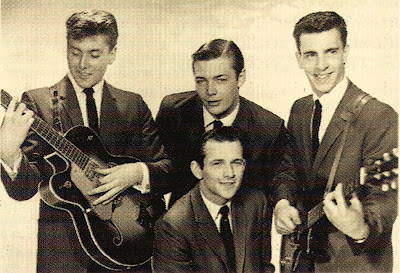 Band formed in June 1958 when polio victims Ray Hutchinson and Mike Robitaille met through a shared interest in music at a school for crippled children in Montreal,Canada.originally the band consisted of Joey Frechette(Piano players and Lead Vovals),Ray Hutchinson(Lead Guitar and Lead vocals),Mike Robitaille(Electric Bass) and Gilles Tailleur(Drummer).

The boys started their recording careers as The Del-Tones with a tape recording that was heard and liked by Quality Records of Canada who signed the band to a contract.
Their first disk for that label in April 1959 have the Rockabilly side_Moonlight Party. this tune was all a Hit in Canada. 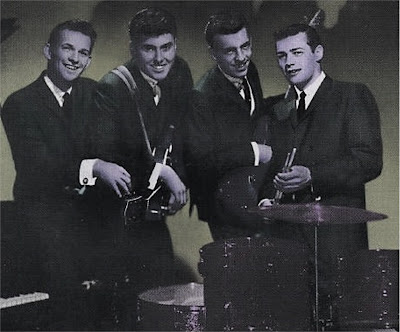 The band changed their name to The Beau-Marks(taking their name from the Canadian-American Bomarc missile system) and recorded_Clap Your Hand.purchased for US release by Shad Records this tune reached #45 on the Billboard chart of 1960.

This band were the first Canadians to have a Rock Hit in the USA with a canadian produced recording. 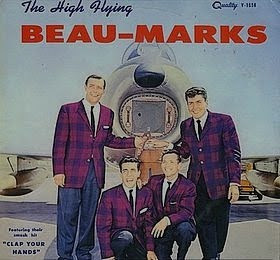 In 1960 they recorded for Quality Records an complete album under the tittle of;The High Flying. 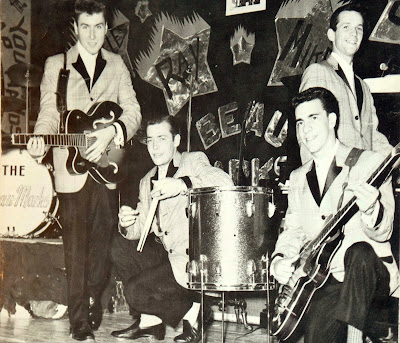 The song_Classmate. was originally recorded by Quality Records and released in the US by Laurie subsidiary label Rust Records in 1961. 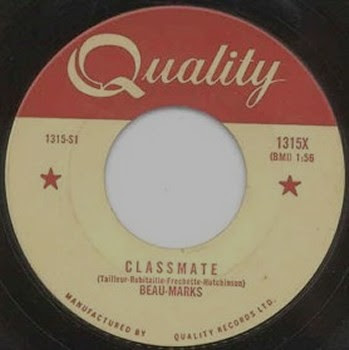