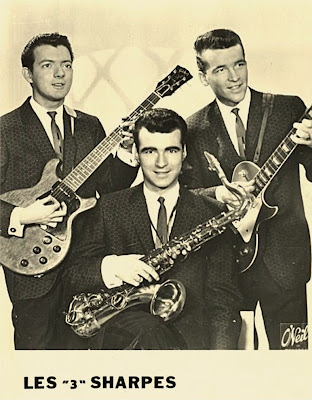 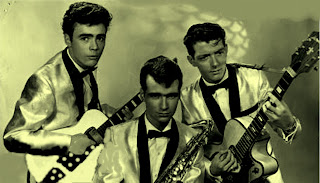 They signed with Apex Record and released their first 45 RPM in 1960_Reviens Chérie/Je Veux Danser. followed in 1961 by_Kili Watch/Sous Les Etoiles. In 1963 Pierre Brault left the band and was replaced by Guy Robichaud, also Don Kelly join the group and the guys now were named Three Sharpes Quartet.

The band recorded for the label Quality two 45's in 1963_ Que C'est Bête/Montréal._My Love Was Not A True Love / Belle St John. as well as one Lp for London and finally in 1965 the band changed their name to the Kangaroos.

Posted by Whitedoowopcollector at 11:48 AM