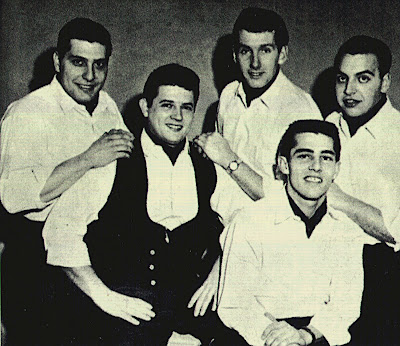 In 1956 Frank Cammarata singing in his Saunders high school group, The Sinceres (see in this blog) in the Bronk, in 1958 he formed a new group, The Dreamers consisted of Frank(Lead),Bob Malara(1st tenor),Luke Barardis(2nd Tenor/Baritone),Dominick Canzano(Bass) and John “Buddy” Trancynger(Bass/Baritone) all were cousins except Buddy who was a friend and altar boy with Dominick. 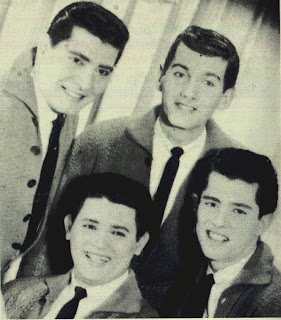 In 1959 the group participe in many talent shows in their high school, in Hastings,NY and finally at the Westchester County Center where won the right to appear on the nationally televised ABC Ted Mack Amateur Hour show on May 30th,1960 where singing_That’s My Desire. (see below picture). 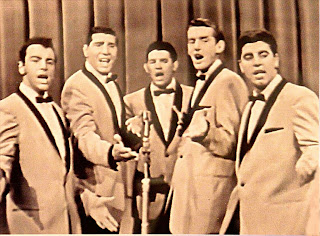 George Goldner of Goldisc Records see the show and signed the group,the guys in 1960 recorded the sides_Teenage Vows Of Love/Natalie. After this release Berardis and Canzano left and were replaced by Frank Digilio and Dario Brianchani.( before these two guys singing in 1961-62 with The Meridians).

In late 1960 early 1961 the group have a local Hit with the B side a soundalike Dion & The Belmonts tune.

In October, 1962 the group have their second recording opportunity with Lou Chichetti’s Cousins label with the sides_Because Of You/Little Girl. Without success Lou sold the master to Colpix’ May label but died almost instantly for lack of promotion.

-Because Of You. was an old standart originally number one in 1951 by Tony Bennett_Because. 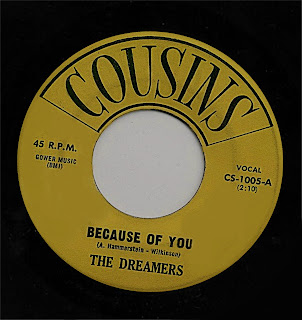 The group appeared at Palisades Park and recorded some demos as The Gentlemen and finally broke up in 1963/64. In 1987 Frank and John with Bruce Goldie,Frank Nicholas and Tony Federico started a new Dreamer’s group and recorded an album_Yesterday Once More.

Posted by Whitedoowopcollector at 6:13 AM