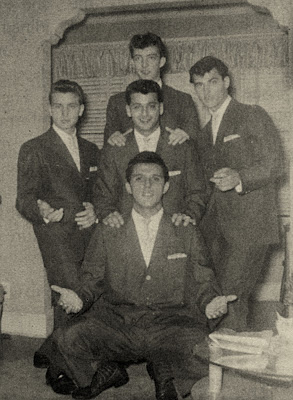 But Mercury gave it very little promotion and consequently it received less than an overhelming amount of airplay and soon The Admirations broke up. 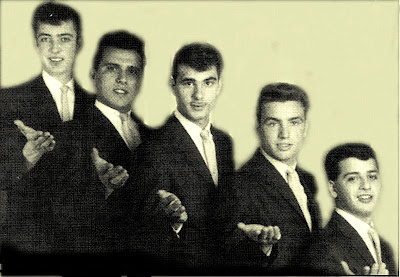 To Listen or Download_The Bells Of Rosa Rita. Please visit;http://www.box.net/shared/e6kmld2hgc 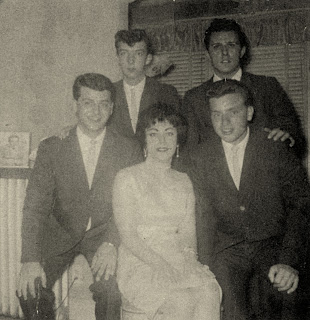 In 1961 The Admirations group was reformed with the old members Joe,Fred,Lou and the new members Joe Mertens and Joe Lorello's wife Dianne Salemme this formation recorded again for Mercury records in 1962_Hey Senorita/To The Aisle. (in this session they recorded the unreleased sides_It Happened So fast/Remember The Day).

But again Mercury disinterest in the record and the group disbanded for a second and definitive time.

If the quality of a vocal group was judged by the number of records released, then the Admirations would have been judged unfairly. One of the best late-'50s white doo wop groups, the Admirations were also one of the few such acts with only two records on a major label. The quintet would have been better off with one of New York's rock and roll independents,who were used to breaking records like theirs, but in 1958, 15-year-old high school students couldn't possibly forsee such things. 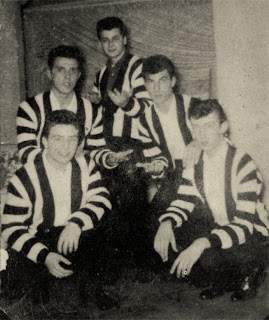 They practiced in hallways, on street corners, and at the neighborhood candy store and locked their eyes on a large advertisement for admiration cigar. At that moment the Admirations were born. They began doing dances and record hops. performing songs by their favorite groups like The Flamingos and Belmonts. 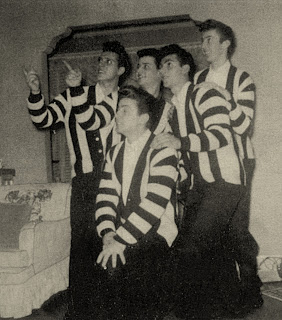 In the fall of 1958, an A&R assistant to Mercury's Clyde Otis named Jerry Maggat saw the group perform and brought them to Otis, who signed them up. Although their first recording was done in February 1959, for some inexplicable reason "Bells of Rosa Rita" was not released by Mercury until November of that year.

It became one of those classic East-Coast doo wop records that seemed more popular as an "oldie" than it was at the time of its ill-fated initial release. With Mercury's interest on the wane after just one record, the group decided to disband, but in 1960 they reformed with Joe Mertens and Diane Salemme (Joe's wife) replacing John Mahlam (In the Army) and Ralph Minichino. 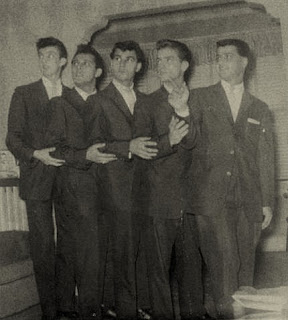 By the summer of 1960, the group got an opportunity and cut four more sides for Mercury, two of which were never released and two ("To the Aisle" and "Hey Senorita") that weren't issued until 1961.
Posted by Whitedoowopcollector at 9:49 AM

I lived on the next block from Cookie. They got their name from the local "Admiration Cigar Store". Sang for awhile with Cookie.Group called "Four Of A Kind". Did a show in Seaside Heights, NJ. Headliner group was Jay and The Americans.
Good times - Lots of fun. Augie

I knew Fred in another lifetime. It was wonderful finding this site and bringing back smiles that were long gone. Ah those memories !! Still place a smile on my face.....

Cookie Said:
It is nice to know somebody remembers. I remember you Augie and the " 4 of a kind". What a sound... some of the best talent unnoticed. Good Health to You and Yours,
Cookie