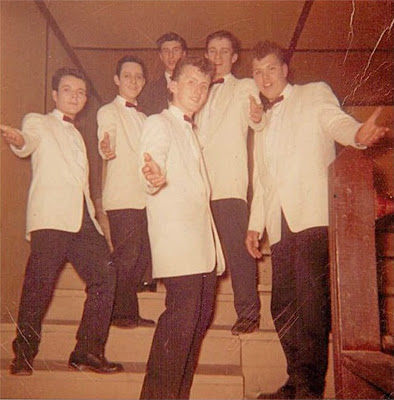 This white group from Rhode Island formed in late 1958 and consisted of Ronnie Dee(Lead),Ron Grenier,George Tootell,Joe Fiske and Gary Sabourin. 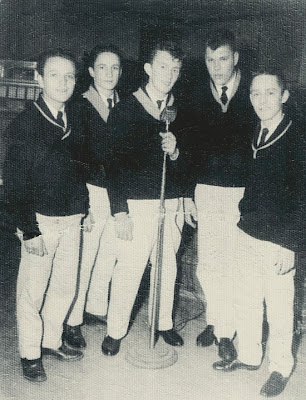 In May of 1959 recorded at Ace Recording Studios in Bostob,Mass... 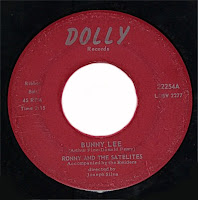 as Ronnie & The Satellites.
-Dream Of You/Last night I Dreamed.Rose Records-1959 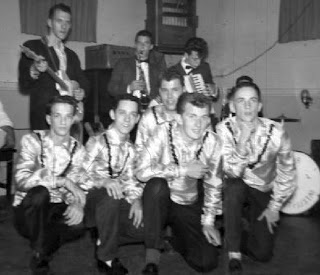 -Last Night I Dreamed. was nº1 in Turkey(the owner of the record label had a son in the U.S.Air Force stationed in Turkey who promoted the record in this country).Finally the group broke up in 1963. 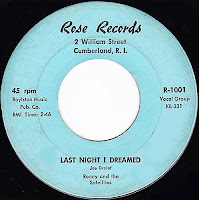 For the complete BIO-PICTURES and DISCOGRAPHY of this group visit Satellite's website at..

Posted by Whitedoowopcollector at 10:22 AM

No mention of Johnny Babiec. Why?

How about Bob Frymark?

Ronnie Dee is my grandfather, loved seeing this!