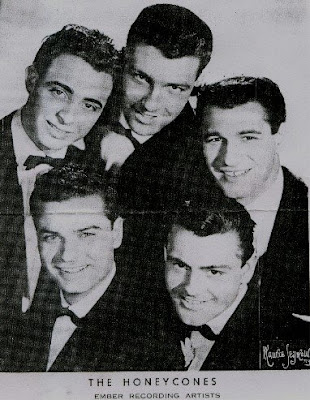 The Honeycones were originally know as The Chicklets but due to copywrite problems the name was changed to The Honeycones.

The group consisted of five members who incluided,Tony Diarenzo on Bass,Ernie Cast on drums,Bobby Federa on Alto sax,Bobby Chiuc on Piano and Joey Vail on guitar.The were all from the Philadelphia area and were problably one of the original garage bands rehearsing in various members garages before making their recordings.their recording sponser was Al Albert of the great 1950's pop group The Four Aces. 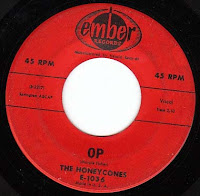 In the late 50's in some of the larger cities in the US there was a pig-latin type of language that caught on as fad dor a brief period of time.Ember Records assembled a studio group consisting of five singers and they recorded the song_op wich was made up of lyrics using this language,it appeared on the charts at number 69 on August of 1958 and remaind only two short weeks.this was the group only charting song.

The group made appearances thought the USA and Canada for about eight years before finally disbanding. 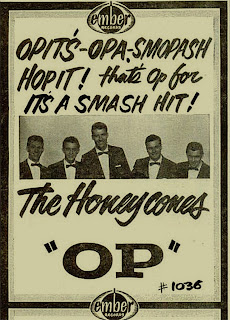