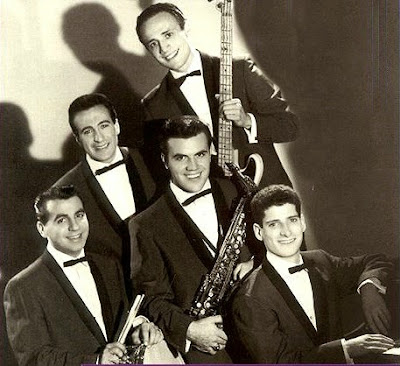 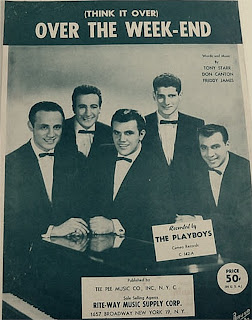 In 1958 add Sammy Vale on Lead vocal and recorded on the Martinique label_Over The Weekend / Double Talk. The A side was very popular and the record was re-released on the Cameo label where be a smash hit (#29 nationally).This same year back up to Frank Verna on his Artist records sides_Sugar Lump / Golly Gosh Oh Gee. as Frank Verna & The Playboys.

In 1959 Martinique released another single of the group_Please Forgive Me / Sing A Long. and again the A side play very well, in this time the band was most popular  and a local label Casa Blanca Records released_Memories / You're All I See. re-released for their national distribution for the ABC label, the band appear in TV (Bandstand), Las Vegas, California, New Orleans... 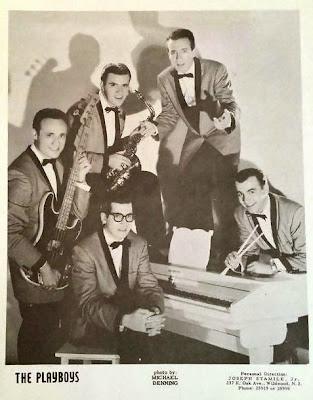 In 1960 recorded in the Cotton label_Careful With My Heart / Girl Of My Dreams. but the record died soon. In 1961 signed with Chancellor records were recored one side_Boston Hop. followed in 1962 by_If I had My Way / Duck Walk. without success the band never recorded again and only singing in shows, clubs, private party and events and finally disbanded in late 1964.

Chancellor's records released some Playboy's sides in different albums as_Twist / One For My baby / Take A Chance On Love...

Biography of the group at; http://www.allmusic.com/artist/the-playboys-mn0000414854/biography