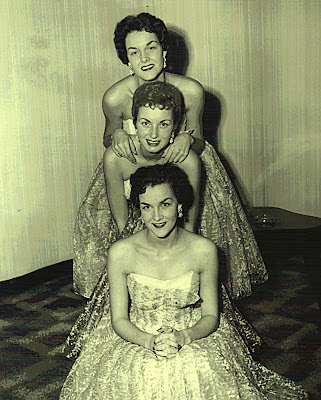 The story of this girl trio began in the late 40's in Michigan when Sandy Schneider and twin sisters Jean and June Hendon siging together in the high school as The Three Chicks. 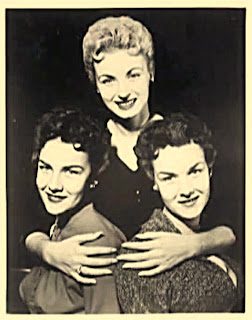 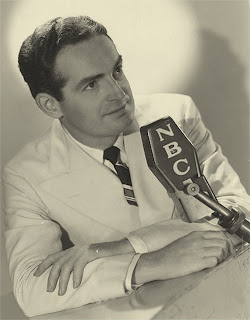 in 1951-52 the girls signed with bandleader Fred Waring and his chorus group know as The Pennsylvanian's where recorded,toured and appeared on Fred weekly CBS-TV show. 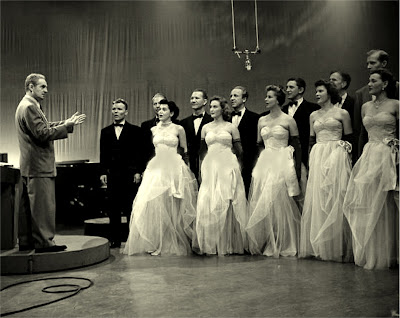 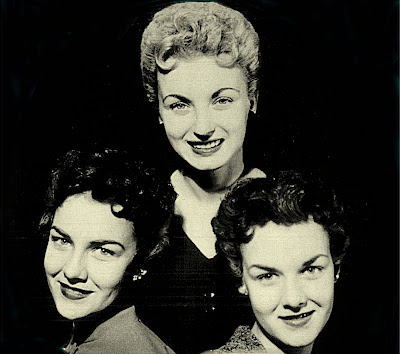 In 1953 Fred renamed the girls as The Teen Trio and recorded one single_Santa Claus Is Coming To Town/Rudolp The Red-noised Reinder.

Finally these sides were released in 1954 on Decca Records. 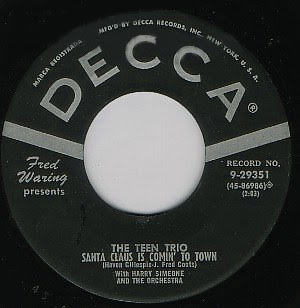 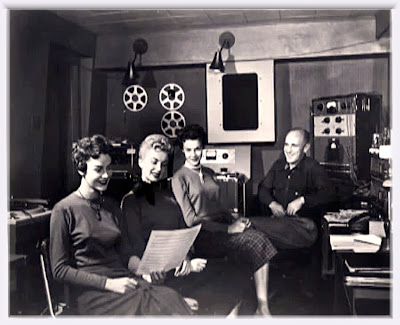 After of singing on the Fred Waring Lp "Twas The Night Before Christmas" The Teen-Trio continue recording for Decca back up to Joe Marine on his 1954 Decca single_I Don't Mean A Thing If It/Ain't Got That Swing. and in the Joe's sides_Be Kind To Your Parents. and_A Gold Cadillac. 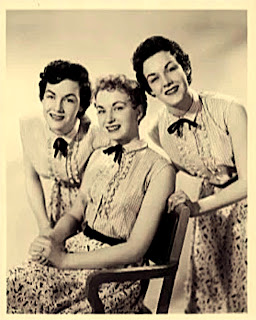 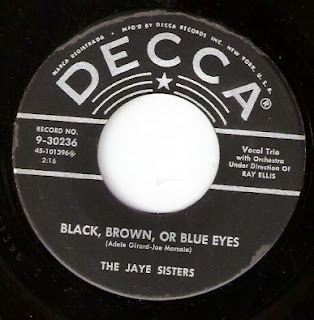 When the girls finally broke their relation with Fred Waring changed their name to The Jaye Sisters(name suggested by bandleader Tom Dorsey) recorded one single for Decca in 1957_ Have You Ever Been Lonely / Black Brown Or Blue Eyes. and moved to Atlantic Records where recorded in 1957_Going To The River/Pitter Patter Boom Boom. and in 1958_Little Daddy/Stop! You're Knocking Me Out. and_Real Love/School's Out. 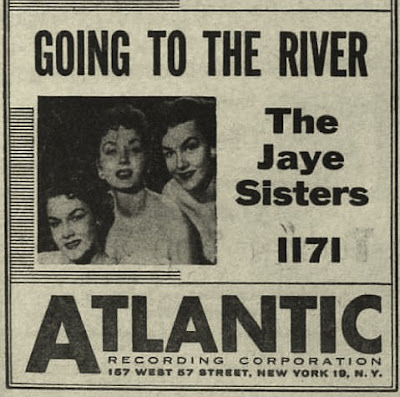 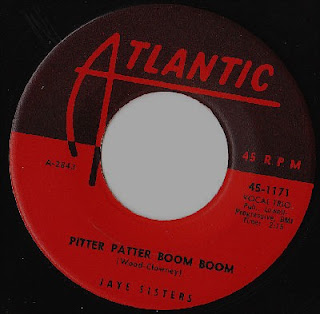 -Real Love/School's Out. was written by Bobby Darin a good friend of the trio.without any success with their Atlantic's recordings the trio broke up soon.


Posted by Whitedoowopcollector at 10:24 AM