THE T-BIRDS aka THE RUNAWAYS 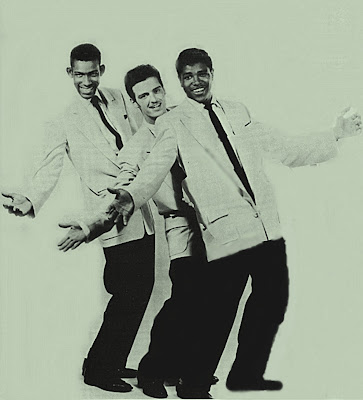 The T-Birds consisted of Jaguars members Herman Chaney, Valerio Poliuto and Charles Middleton(see below;additional note) under the supervision of producer John Marascalco,this send the trio a record session in Juanary 1961 and finally released on his own label T-Bird Record the sides_Green Stamp/Come On,Dance With Me.

After these two sides were picked up and released on the Chess label. 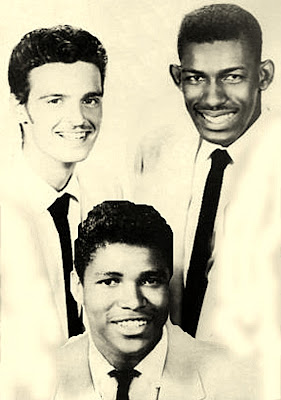 Meanwhile producer John Marascalco sold two sides from the record session to Lavender Records and this label released these sides_Pardon Me/It's Love,Baby. under the group name of THE RUNAWAYS.

Finally in May 1961 Chess records assambled a own T-Birds group consisted of Herman Chaney, Valerio Poliuto and Charles Middleton with Jewel Akens(from The Four Dots) and Sonny Moore(from The Conductors) this new formation released one single for Chess with the Little Richard sound-a-like sides_Taco Harry/Hog Wild.

Some sites have listed to the original T-Birds only as Herman Chaney and Valerio Poliuto with a Chaney ex-wife's cousin as third member. anyone know the real members story?.

Posted by Whitedoowopcollector at 7:37 AM