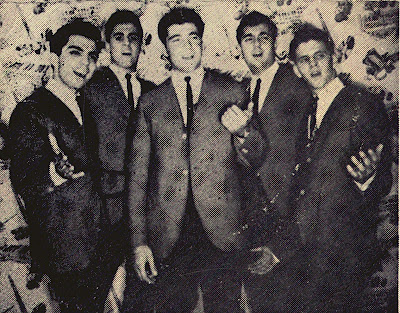 In 1958, Joe LoCicero originated and sang lead in a group entitled "The Creations", who wrote and recorded "Wake Up In The Morning" and "Strolling Through The Park" on the Pinecrest Label from Philadelphia. The original group members consisted of Richie Giovelli, Carmine DeSena, Louie Ligouri and Vinny Tilotta. They later recorded an old standard, "My Heart Belongs To Only You" on Jamie Label in 1961, produced by musical director Carl Ferci. 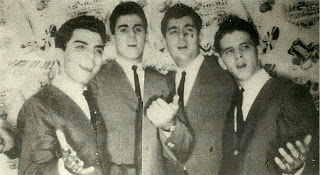 In 1963, The Creations changed their name to "The Riffs" under the management of writer and producer, Phil Spina(who sang with The Velvet Keys,see in this blog), and new member Jimmy Nisi who replaced Vinny Tilotta. Their recordings included, "Little Girl", "Why Are The Nights So Cold", "Where There Is A Will There Is Away", "Storm", and "Tell Tale Friends", recorded on New York Labels, Sunny, Old Town and Crystal Ball. Later on, they released an LP, "The Riffs Now & Then", which featured all original Riff recordings.

-Little girl / Why Are The Nights So Cold.Sunny Records-1964. Posted by Whitedoowopcollector at 4:26 AM