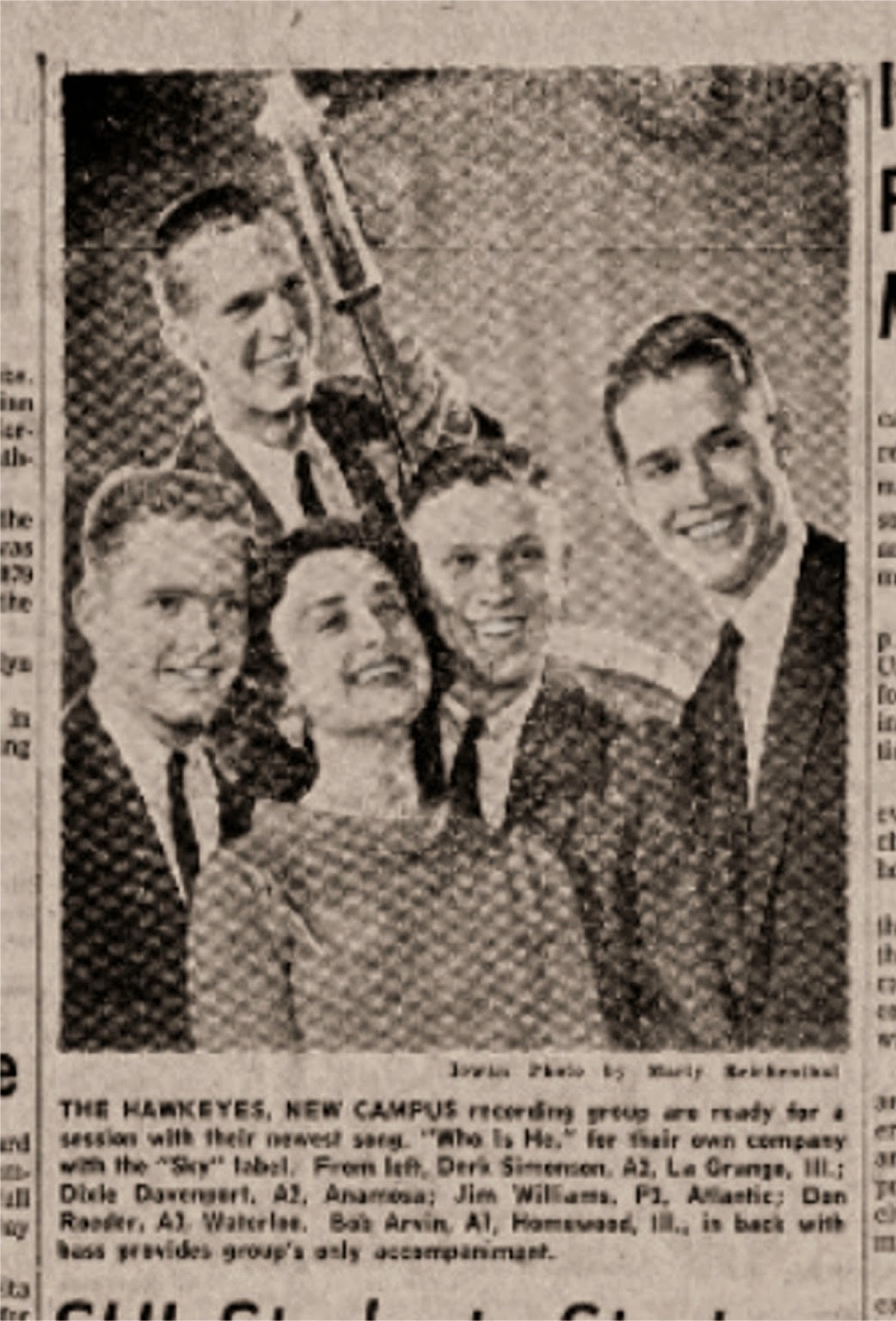 Thanks to University of Iowa Yearbook site.

Popish vocal group from the state university of Iowa consisted of Lead singer Dixie Davenport with Derk Simonson,James Willimas,Don Roeder and Bob Arvin on bass player (the only own instrument of the group). 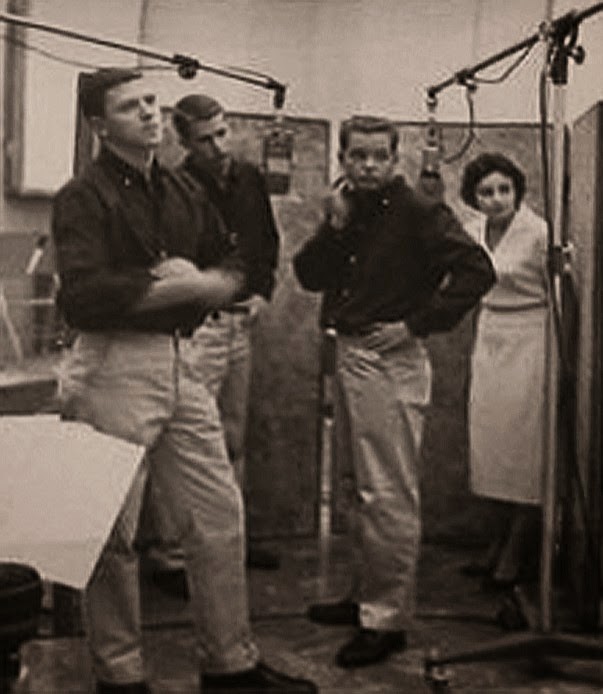 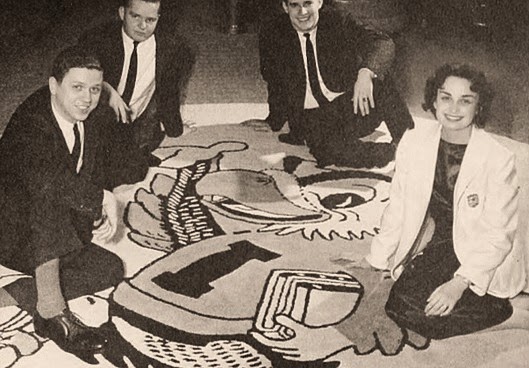 Thomas Ecker and his wife, Judy, wrote some songs when they were in the junior high school and decided to record but as none label are interested in these tunes they founded the Key Records and signed the Hawkeye’s who in 1957 recorded the sides_Someone Someday/Who Is She. 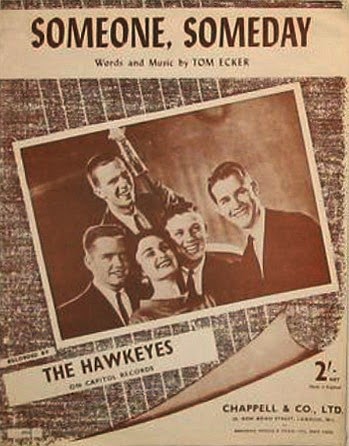 Later re-released in the Hollywood based label Capitol Records for their national distribution.

The record failed in the charts but the group receive the Billboard attention as “One of the ten most promising vocal groups in america”. After of another pop release the same year on Capitol Records_Full Moon Above/I’ll Be There.

Without success by their popish sound in the days of the doo wop rock & roll sound the group never recorded again and when the boys graduate, the group broke up.

Posted by Whitedoowopcollector at 5:40 AM