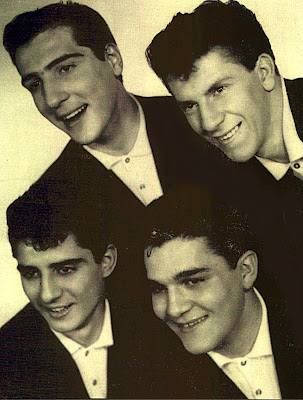 Philadelphian group consisted of Johnny October,Eddie Gentile,Pat Marioni and Ernie Spano(Ernie and Johnny sang with The Fabulous Four.see in this blog).

On Chancellor Records this group back Up to Fabian...
-Lilly Lou/Be My Steady Date.

And to Frankie Avalon...

Read a brief bio of the group from the book...
http://whitedoowopcollector.blogspot.com/2010/10/encyclopedia-of-rhythm-and-blues-and.html

The Four Dates began in high school in 1956 as the Mel-Tones, playing many local nightspots. Ironically, they did a show in nearby New Jersey during which Frankie Avalon backed them on Trumpet. Of course, the Irony was due to the fact that in a few short years, they would back Avalon as the Four Dates.It was about that time that Johnny Ottobre (October) joined, replacing one of the original members from High School.Ottobre was buddies whith the owners of the new Chancellor label in Philadelphia. One of the owners did not care for their name. Because each member was born in June, the name Four Dates was Created and they were off to a New York studio to record "I'm happy" and "Eloise"in 1957.

Without any label credit, They provided backing vocals for Frankie Avalon on his "Gingerbread".In the Meantime, their "I'm happy" was doing well, and they were asked to appear on Dick Clark's Saturday night ABC Show.Although they received no royalties for any of their three Chancellor recordings. They were treated very well by label management. Wardrobes changes, good hotel accommodations, meals, gas and so on, were all provided.

Their second Chancellor effort, "Hey Roly Poly" (A tune penned by Jerry Ragavoy) and "I say Babe", was released in 1958. It was also at this time that they started backing both Avalon and Fabian at live Appearances. 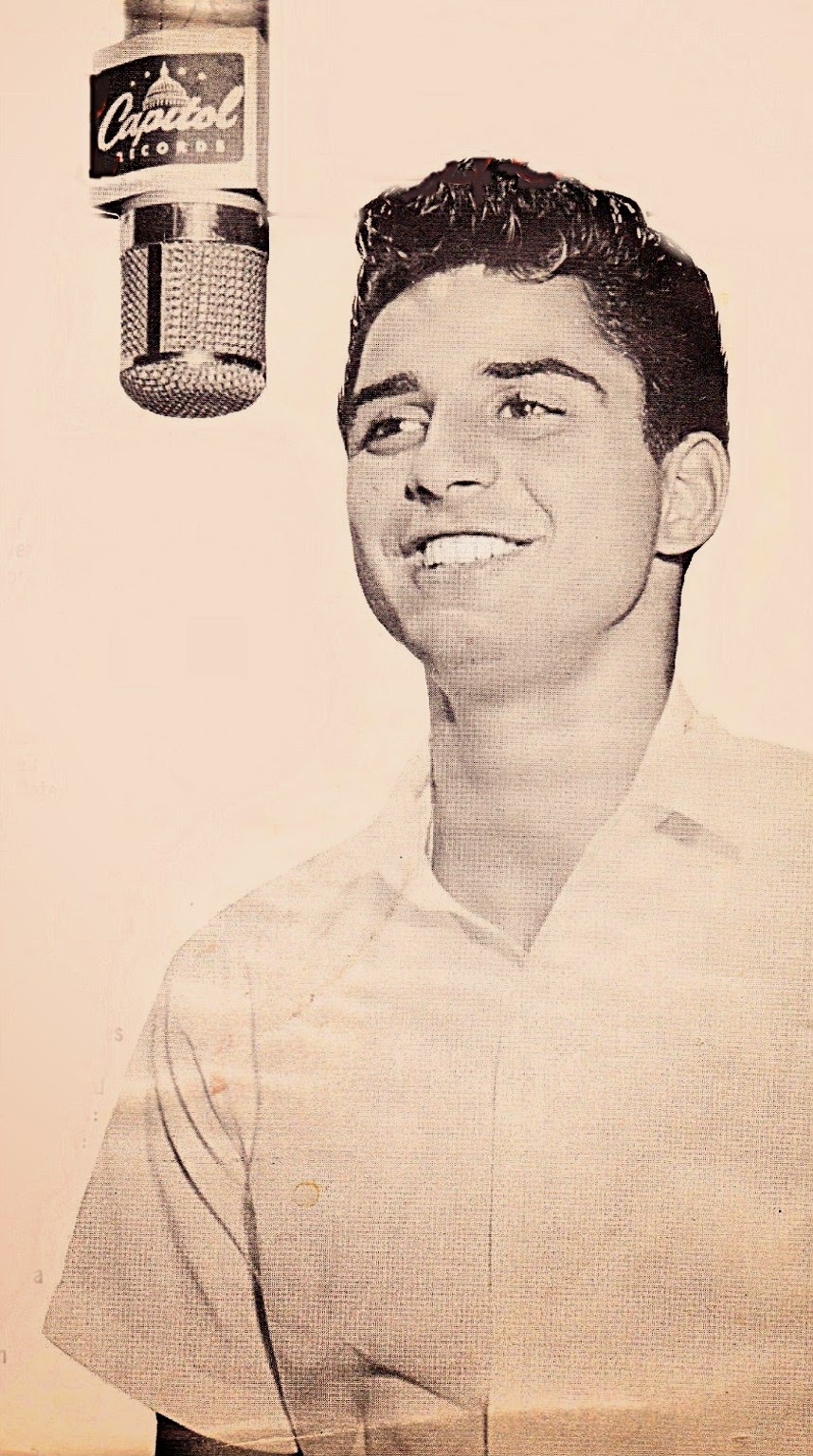 The Third Chancellor disc of the Four Dates was Teenage Neighbor / I Feel Good, also released in 1958. But Chancellor management was heavily concentrating on Frankie Avalon & Fabian, and thus no promotion dollars were allocated to any Four Dates discs. Following the third release, Ottobre disappeared. He and Spano would later join the Four J's in the early 1960s, who by then were know as the Fabulous Four.Following the group's breakup, the remaining members backed up Avalon in 1958 and 1959.
Posted by Whitedoowopcollector at 3:50 AM