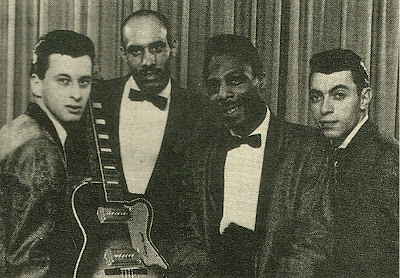 Vic and Phil were from the Bronx and Cornell and Pierre from Jersey City.they started as vocal group in 1960 under the name of The Cornells,in 1961 they became acquainted with a four piece band called The Jays and changed their name to The Jaynell's.they entered the Apollo Theater weekly amateur contest,two weeks in a row they came in second.

In 1962 they auditioned for Dion who searching a back up group(the rest is history-the Del Satins).

In 1963 George Davis and John Taylor of The Creators who recorded in 1962 for Phillips Records their tune_I'll Stay Home. want to record this once again and contacted with Phil and Vic and under the name of The Jaynells the four proceded to recording this side for Cameo/Parkway label under the supervision of Mr. Ben Archilla. 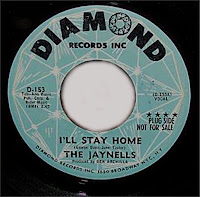 _I'll Stay Home. never was released by Cameo/Parkway why Mr.Archilla ask to Vic and Phil $500 if they want see the side released.this finally was out in December ,1963 on the Colski brothers label Diamond Records with an instrumental B side. 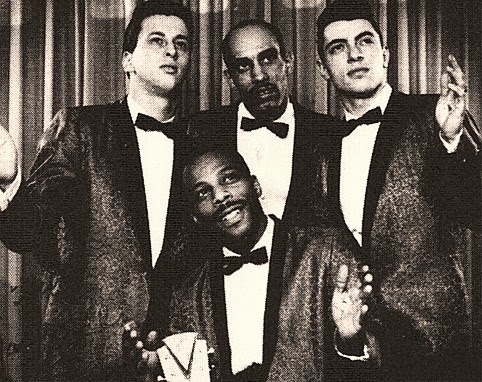 The record sell reasonably well in NYC area and Cameo Records came in once the record started to take off, and bought the master from Joe Kolsky, along with the Jaynells contract. This immediately took the Diamond 45 off the market and by this point Cameo realized they were too late in getting their version of the disc out for the Christmas/New Years season, and decided to scrap re-releasing it.

The group recorded a second 45 for Cameo in 1963, which was issued on their Parkway label, but when the 45 was released, their name was changed to THE GLEEMS_Sandra Baby/You Are The One. (which the band did not know about and was not happy about). In fact, the original tape box for the follow up single has the name the Jaynells on it, crossed out, with The Gleems written on top of it.

The group recorded new four original tunes_Hollywood Action/Out Of A Million Girls/Portrait Of Love/So Close/At The End Of Sunsent.. but with the british invasion these tunes never were released and the group disbanded soon.
In 1984 the Jaynell's unreleased sides were released as 45 RPM's by Angela Records.