THE SHEPHERD SISTERS_Alone/Don't Mention My Name 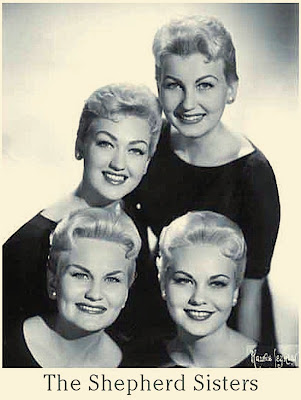 Girl group from Middletown,Ohio. first formed as a trio by Martha,Mary Lou and Gayle Shepherd,after added sister Judy and singing as a quartet. 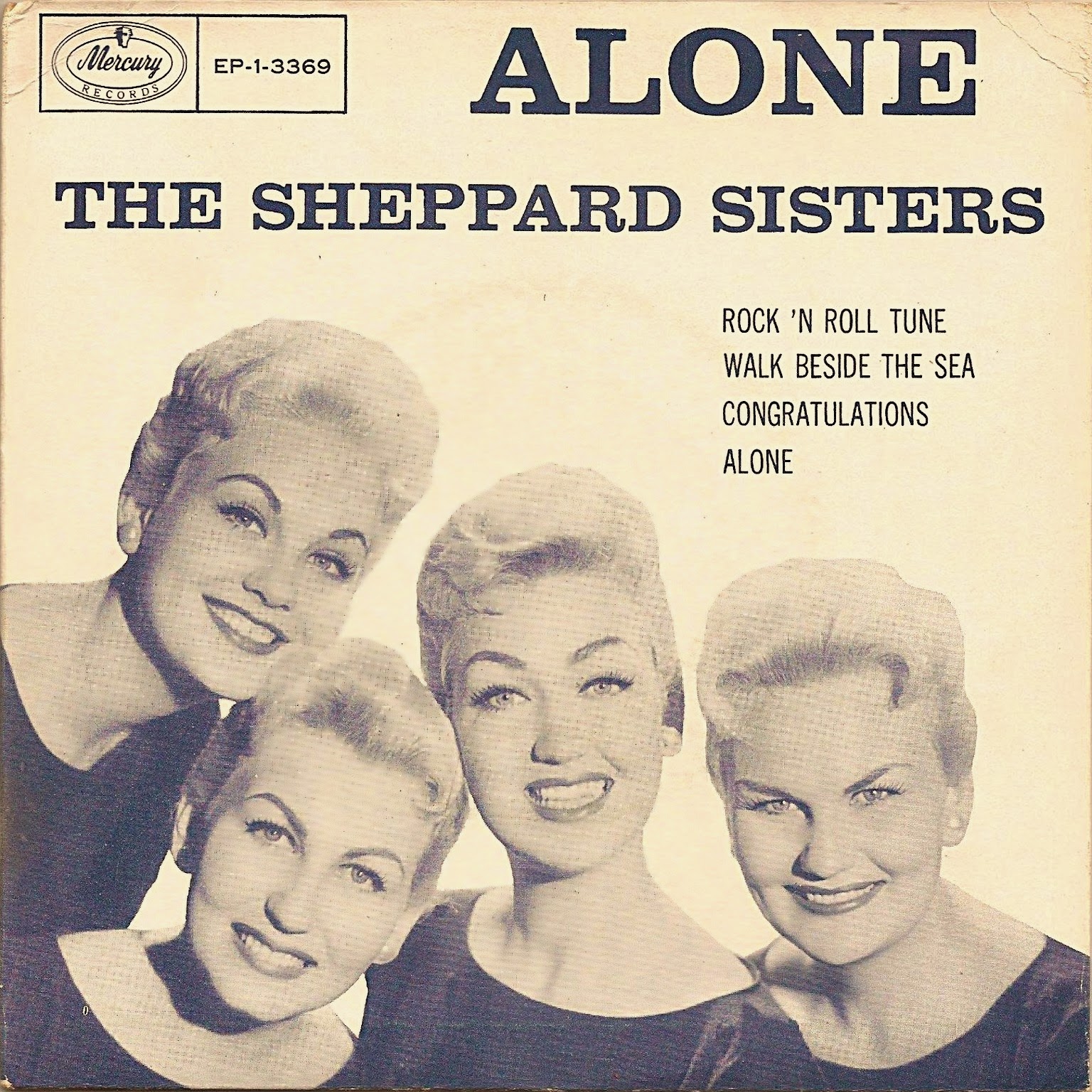 In 1954-55 moved to New York. where appeared on the TV show Arthur Godfrey’s Talent Scouts and signed with Morty Craft of Melba Records who send the girls to record the song_Alone(Why Must I Be Alone). On the subsidiary label Lance Records. 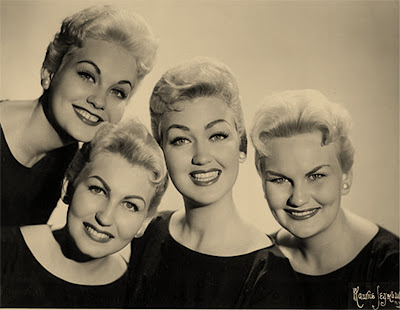 In Semptember,1957 the side charted #18 nationally and was covered by Petula Clark,The Kaye Sisters or the UK vocal group The Southlanders. The popularity of the songs across the country introduced them to appear in Dick Clark’s American Bandstand and toured with Alan Fred. 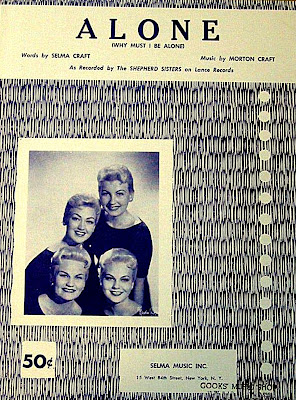 
In early 1960 Martha left the group and his sisters continued singing as a trio,in March,1963 the group charted #94 nationally with the side_Don’t Mention My Name. on Atlantic Records.

The girls were presen in the Jeff Kreiter’s Vocal Group Record Guide With...

-I Walked Beside The Sea/Remember That Crazy R&R Tune. Melba Records-1957.

-Alone/Congratulations To Someone. Lance Records-1957.

-The Best Thing There Is/Getting Ready For Freddy. Mercury Records-1957.

For the complete information about The Shepherd Sister's visit their web site; http://www.theshepherdsisters.com/
Posted by Whitedoowopcollector at 1:31 AM