ANTHONY & THE SOPHMORES_And When I'm Near You 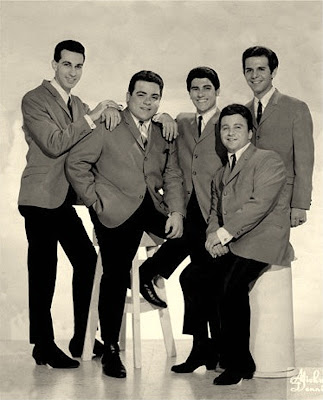 After their recording with Carlo & The Secrets(see in this blog) Anthony Maresco back with Tony & The Dynamics(see in this blog); Ernie Funaro(1st Tenor),Anthony Perri(Baritono),John Donato(2nd Tenor) and Tony on Lead.
In this time they have as Bass to Bob Finizio of the Four J's fame(see in this blog).
They auditioned for Mercury Records with the demo_Sing These Oldies Mr. Bassman.the label signed the group and changed their name to Anthony & The Sophomores and released the demo in 1963 as_Play Those Oldies Mr. DJ. prevent any confusion with_Mr. Bassman. by Johnny Cymbal.


This was become the group's best comercial effort and today all a classic in the oldie stations. 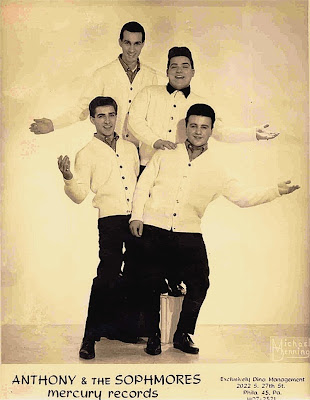 After another release on Mercury Records the group moved to ABC Records with some personal changes John Donato and Bob Finizio left the group and were replaced by Richie Bennatti and Bob Beato this from Richie & The Royals(see in this blog). in 1965-66 the group recorded three singles for ABC with a modern sound and moved to Grand and Jamie Records where they recorded their last single in 1967. 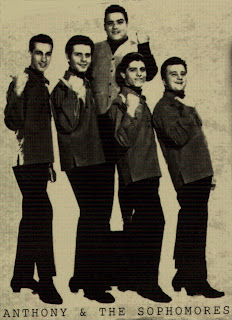 Their side_And When I'm Near You. is a 1958 unreleased tune from their early years when they recorded as Tony & The Dynamics and later recorded by Richie & The Royals(see in this blog).
To Listen or Download please visit;http://www.box.net/shared/jol6pv26r0
Posted by Whitedoowopcollector at 11:37 AM