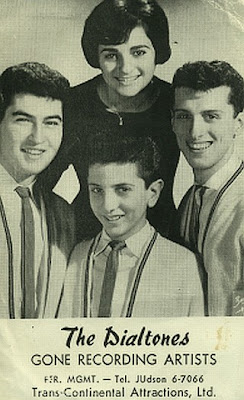 1959 in Maspeth,Queens,New York. 12 years old Dominick Safuto with his brother Frank, Eddie Scalla and a young woman lead, Rosalie Calindo formed The Dialtones.
In early 1960 recorded three demos songs,their rendition of The Marquis_Bohemian Daddy. and the original tunes_Til I Heard It From You/Johnny.

They present these sides to George Goldner owener of Gone Records who signed the group and send this to recording session with other groups as The Flamingos or Little Anthony & The Imperials. 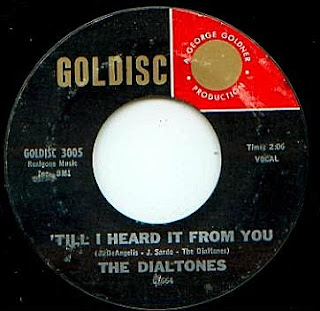 Goldner’s released the sides_Til I Heard It From You/Johnny. On his New York label Goldisc Records. The A Side was very popular in the New York area and sold enough.

George liked the kid voice of Dominick(he named to Dom as the white Frankie Lymon) and decided to record as lead singer of the group but by internal discussion the group broke up without made another recording.

In 1961 the label re-released the Dialtone’s single without any success. 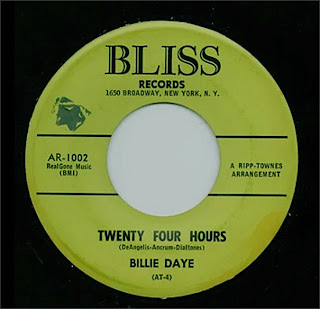 Also in 1961 Bliss records released the Billie Dayes sides_Twenty-Four Hours/When A Girl Gives Heart To A Boy.
Actually the A Side_24 Hours. Were the Dialtones with Rosalie on lead. this side with their version of the 1955 Jack’s tune_Why You Don’t Write Me. was recorded in the Goldner record session.

LISTEN...Why You Don't Write Me.


In this time Dominick attending the Grover Cleveland High School and decided to start another group know as The Encores became soon Jr. & The Counts(see in this blog) and finally know as Randy & The Rainbows(see in this blog).