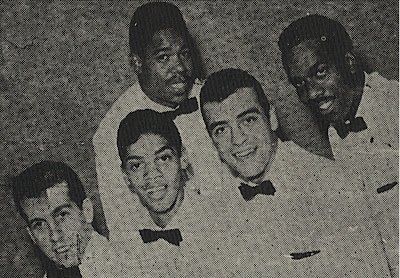 In the summer of 1956 recorded their only single_Baby That's It/This Day. on Mercury Records.

And have the unreleased sides_I Love You Dearly/How Could You.

Below.Rare footage of the original Falcon's group on stage.

After of this release the white members leave the group and were replaced by other two black singers.now The Falcon's were a complete black group know by their 1959 hit_You're So Fine.