THE SMOOTHIES (Before Mamas & The Papas) 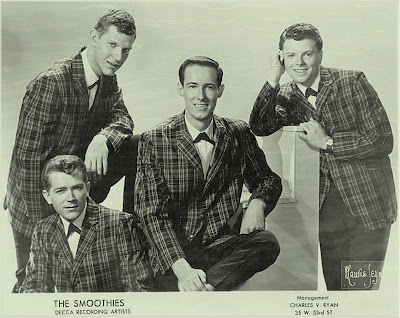 In 1960 signed with New York music agent Charles Ryan(who in the 30's and 40's have a vocal group named The Smoothies),he changed their name to his old group and send the guys to Decca Records where recorded under the producction of Milt Gilber a John's original pop song_Softly. with the B side_Joanie.

Their second recording for Decca_Lonely Boy,Pretty Girl/Ride,Ride,Ride. have pop-folk sound and disappeared soon of the Rock & Roll circuit.

the group were working on an album when they disbanded at the end of 1960.

In 1961 Phillips and Mckenzie met Dick Weissman and formed The Journeymen, which recorded three Folk albums for Capitol Records. 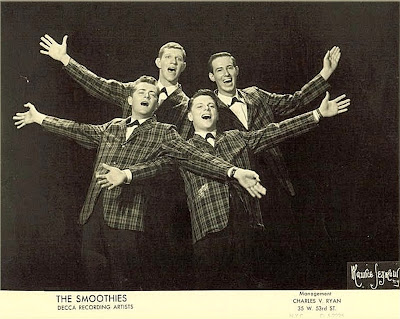 After disbanding The Journeymen in 1964, they discussed forming a group called The Mamas & The Papas. McKenzie wanted to perform on his own, so Phillips formed the group with Denny Doherty, Cass Elliot and Michelle Phillips, his second wife,the rest is history.

Below rare picture of The Journeymen's on Capitol. 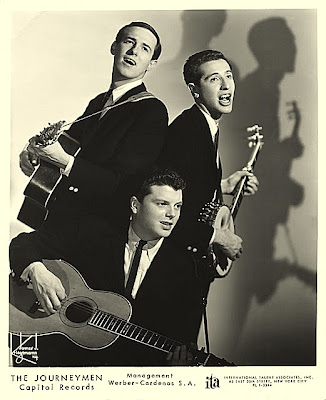 Posted by Whitedoowopcollector at 8:49 AM

How big of a hit was "softly"?