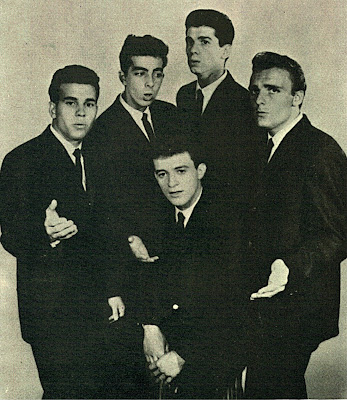 1958 in the Bronx Guy Villari,Sal Cuomo,Chuck Fassert and Ernie Maresca started as The Monterays.recorded some demos as_Santa Claus(He Gained More Weight)/Christmas Time Angel. and signed with Seville Records and changing their name to The Desires and recorded the sides_I Ask You/Story Of Love. but the label don't issue the disc until 1962.

Below Ernie Maresca member of The Monterays/Desires and later he had a hit with _Shout, Shout - Knock Yourself Out. and write songs as_No One Knows. for Dion & The Belmonts. 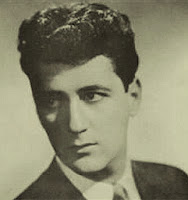 After this recording Ernie left the group and was replaced by Donnie Jacobucci and again changed their name to The Regents(by the Regent studio or the cigarettes Regents) the group recorded a few of demos as_Teenage Love. or_Barbara Ann. written by Chuck's brother and sister.but the group without made another recording broke up soon. 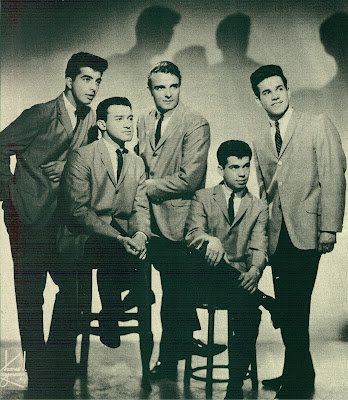 1961 Donnie Jacobucci's brother,Eddie finding the Regent's old demo of_Barbara Ann. around the house and recorded this as a demo with their own group The Darts later know as The Consorts/Chuckles(see in this blog) and present the song to Lou Chicchetti of Cousin's Records he liked the side and want record it but Fred Fassert the original writer give to Lou the original Regent's demo and as result Cicchetti release the original demo(with an overdubbed bass) and as B side_I'm So Lonely. recorded by the new Regent's group Sal Cuomo,Charles Fassert,Tony Gravagna,Guy Villary and Don Jacobucci.

The recording was an immediate hit in New York and Lou sale the master to Roulette Records and the disc charted #13 nationally and was nº1 in Phylippines.finally the record was re-released on the subsidiary label Gee Records.

The group have big personal appearances and Roulette produce a LP and cut new sides of the group but in this time the group have other personal changes Ronnie Lapinsky of The Tremonts,Bob Falcone of The camerons,Al Reno of The Selections and Sonny Dee were now part of The Regents. 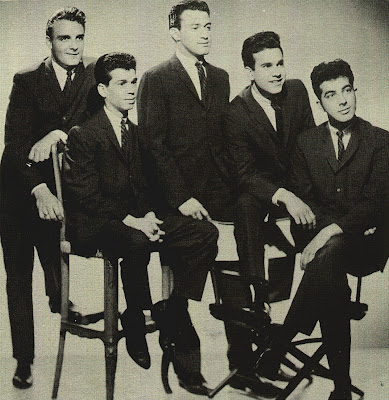 Their next single_Runaround/Laura My Darling. was released by Gee in the summer of 1961 and the first side charted #28 nationally.

Two more singles were released,in late 1961_Don't Be A Fool/Liar. and in 1962_Oh Baby/Lonesome Boy. but these sides no charting nationally and their final breakup was not long in coming. 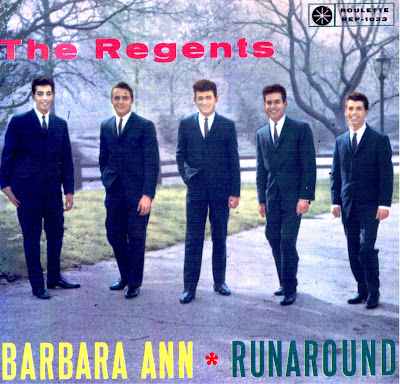 Sweden issued an EP with four songs from the Regent's album.of this rare EP,only 2000 copies were pressed with blue and red vinyl and one different picture of the group.

In 1961 Lee Mareno(See in this blog) released two sides on New Art Records(reissued on Specter) _Lonely Summer/Goddess Of Love.this recording is suposed backed by the Runarounds or a later formation of The Regents.