THE JUVENAIRS aka DANNY & THE JUNIORS 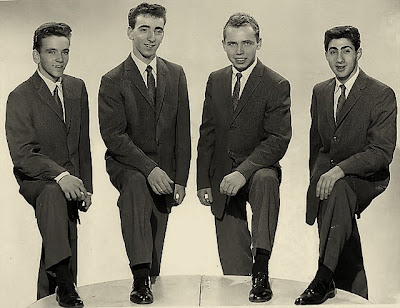 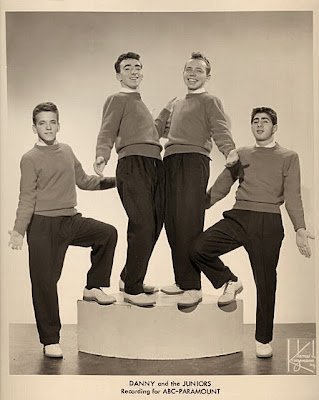 In the autumn of 1957 the group contacted with producer John Madara who send the group to local DJ Larry Brown and Artie Singer of Singular Records.in this label the group recorded the original ballad_Sometimes(When I'm All Alone). and the Madara & White rockin tune_Do The Bop. but before the disc was released DJ Dick Clark suggested the song was re-recorded as_At The Hop.

In November the 45 was released under the group name of Danny & The Juniors without any success,in December Dick Cark invite the group to his TV show and the nation discover_At The Hop. ABC records release the disc for their national distribution and in early 1958 charted # 1 and became an international hit England #3,Australia #16...the group have big live perfomances,toured with Alan Freed and form part of the movie Let's Rock. 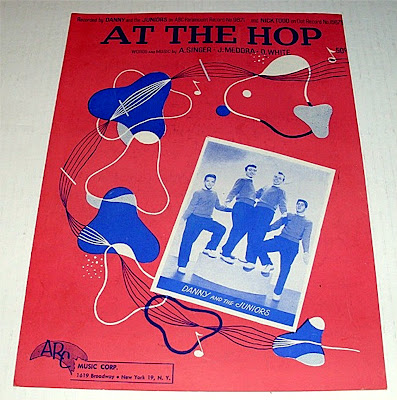 Following to their hit the group released another rockin tune_Rock & Roll Is Here To Stay. and charted # 19 on March of 1958.

In the summer of 1958 the group charted # 39 with_Dottie. this is the last chart of the group in the 50's.in 1958-59 they recorded four singles_A Thief/Crazy Cave, I Feel So Lonely/"Sassy Fran, Do You Love Me/ Somehow I Can't Forgety ,Of Love/Playing Hard To Get" for ABC without any success(in 1959 they recorded the first stereo 45 rpm with the_Somehow I Can't Forget. Single). 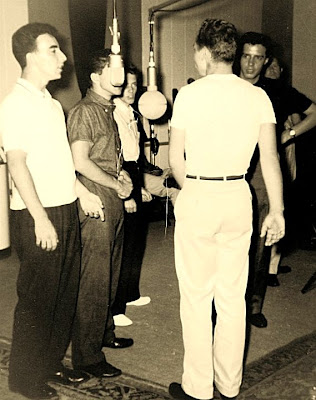 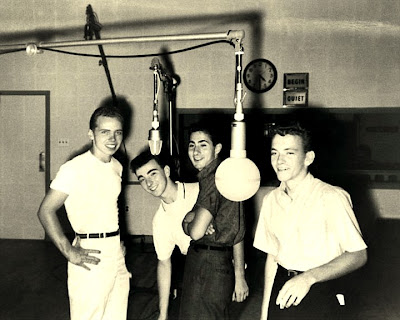 In late 1960 Dave White leave the group and was replaced by bill Carlucci later of Billy & The Essentials(see in this blog),the guys signed with Swan Records and charted #27 with the tune_Twistin' USA. In 1961 charted #60 with_Pony Express. and #80 with_Back To The Hop.In 1962 charted #68 with_Twistin' All Night Long. and finally # 93 with_Doin' The Continental Walk.(with Freddy Cannon) 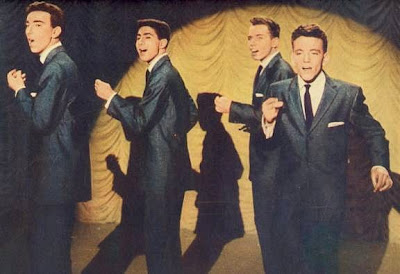 In 1963 the group moved to Guyden and charted #99 with_Oo-La-La-Limbo. In 1964 recorded one single for Mercury and broke up.

In 1968 the guys back for an update recording of_Rock & Roll Is Here To Stay. on Capitol Records and back up to Dean Christie on their tune_Mona.

Danny & the Juniors have unreleased sides as_Let's Stomp Again.written by the group and recorded in 1962 on Guyden Records by The Sherrys.

Additional notes.
-Their tune_Sometines. is considered one of the first ballad with a white doo wop sound.
-Frank Maffei brother was part of The Leisure Lads(see in this blog).
-In 1983 Danny Rapp dead of suicide.
-More information at;http://www.dannyandthejuniors.com/
http://thatphillysound.com/artists/danny_juniors.html

Below two rare footage of the group on Dick Clark's American Bandstand... 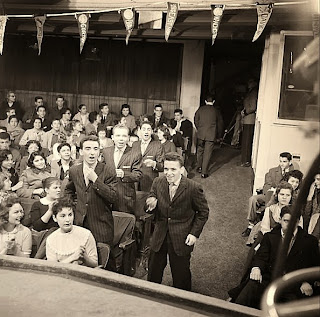 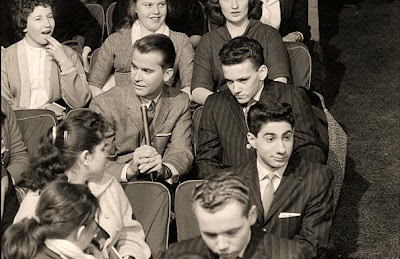 Posted by Whitedoowopcollector at 3:36 AM

Thank you very much !
Great article of Danny & The Juniors !
"Do the bop", I never heard before !

Danny Rapp...one of the greats. He was a splendid and magnetic performer. Taken way too early.