THE ECHOES aka THE INNOCENTS 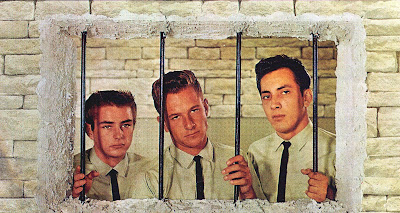 In 1958 Darron Stankey,Al Candelaria and Larry New have a vocal group in their high scholl in San Fernando Valley in Southern California named The Echoes.when they signed with Andex a subsidiary label of Keen Records(the Sam Cooke's earliest label) invite to Jim West(who sang in the army with a vocal group The Camp Pendleton Stars) to the recording session. 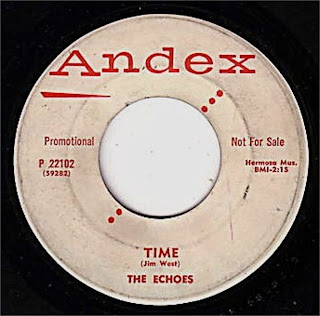 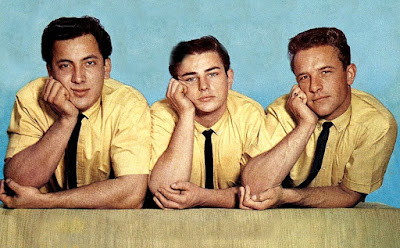 In this supervised by the young Herb Alpert and Lou Asler(they working as trainne producers for Keen) the guys recorded in 1959 the Al and Darron tune_Dee Dee Di Oh. and the Jim tune_Time. but without any success The group broke up soon.(in 1962 Indigo re-leased the Echoe's single as by The innocents).

Al,Darron and Jim reformed as The Innocents(named after their car club) With the help of Gary Paxton of Skip & Flip and The Hollywood Argyles they contacted with Kim Fowley this and Paxton signed the group and send to Indigo Records where recorded _Honest I Do. this side charted #28 in the autumn of 1960.

In the same time Fowley and Paxton sold a side_Tick Tock. to the local label Trans-World Records. At this point paxton and Fowley leave the group and this now was managed by Jim Lee Indigo's producer,the group backed Kathy young's on she hits_A Thousand Stars. and Happy Birthday Blus(see in this blog). 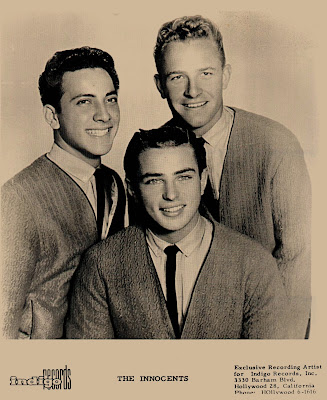 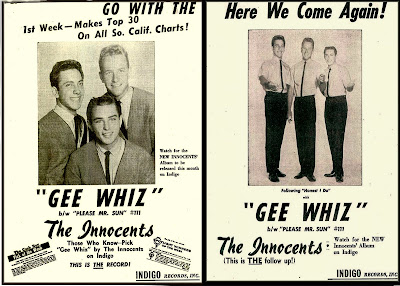 In 1961 they recorde four singles for Indigo but without any success moved to Reprise Records were recorded two singles in 1962-63. in 1963 recorded one single for Decca and another in 1964 for Warner Brothers and finally broke up. 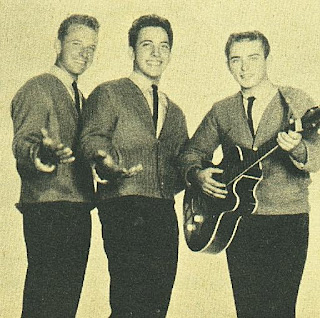 For the complete bio of this group visit; http://colorradio.com/innocents.htm

Or their own website at;http://theinnocentsmusic.com/
Posted by Whitedoowopcollector at 1:45 AM