THE ACADEMICS_Too Good To Be True 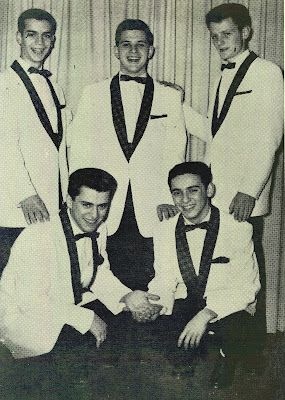 
They signed for Ancho Records and their first 45's were_Too Good To Be True/Heavenly Love. in 1957(the A side became a hit in New Heaven).

After this release Charlie Luth replace to Goose. 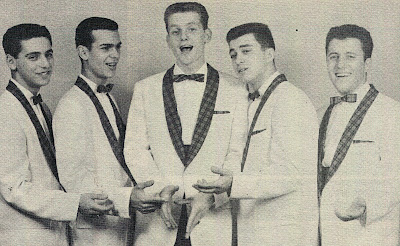 The next record on Ancho records was in 1958_Darla My Darling/At My Front Door.the A side originally by the G-Clefs and the B side by The Eldorados. 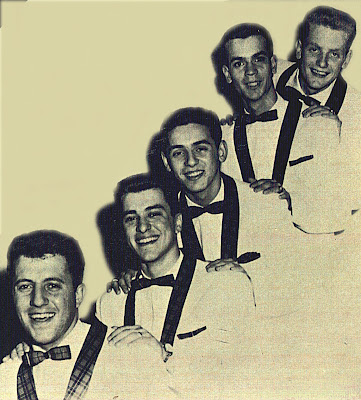 In Agust 1963 Relic Records re-released the first two singles of The Academics and in 1989 two unreleased sides were released as a 45 RPM_I Often Wonder/Girl That I Love.

Below The Academics in a photo taken for their first singing engagement, at the Edgewood Club in 1957. From left, Dick Greenberg, Ronnie Marone, Marty Ganter, Dave Fisher and Billy Greenberg. 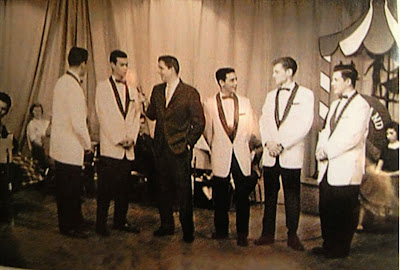 Posted by Whitedoowopcollector at 12:56 AM

Goose Greenberg was replaced by Charlie Luth, who is in all these pictures. He was the baseman!