From The Complete Book Of Doo Wop... 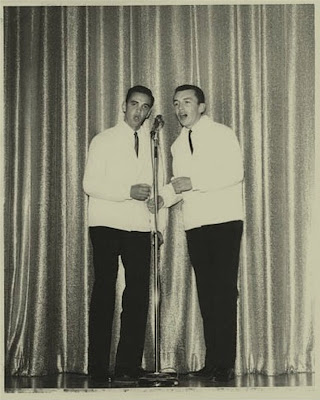 The Rip Chords were formed in Hollywood,California by Phil Stewart(right) and Ernie Bringas(left), originally know as The Opposites (see in this blog).

Later Rich Rotkin and Arnie Marcus join the duo and this recorded as a quartet. 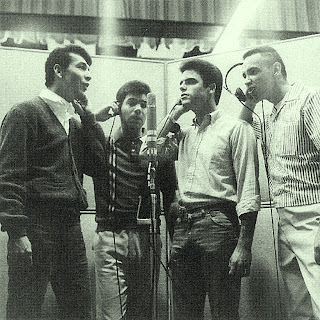 Ernie was preparing to go to Seminary School, and took a leave of absence from the The Rip Chords. Although Phil, Ernie, Richie and Arnie were photographed together,and spent some time together in the studio(see picture above L-R;Phil,Rich,Arnie and Ernie)..


All personal appearances were done by Phil, Rich and Arnie, who performed their hits thousands of times in front of millions of fans across the country on Dick Clark's Caravan Of Stars Tours in 1963 and 1964,as well as countless concerts nationwide.

They were present in the mentioned book with... 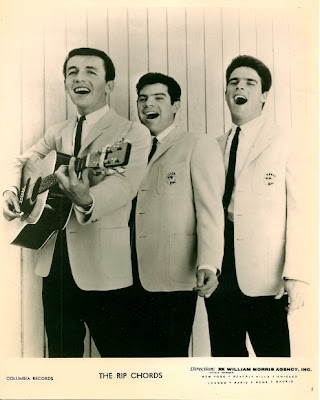 Ernie did return to the band to record,but did not take to the road, as a condition of his seminary studies. The original band disbanded in 1965. 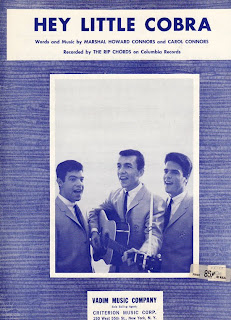