THE DONNYBROOKS aka THE DONNEYBROOKS 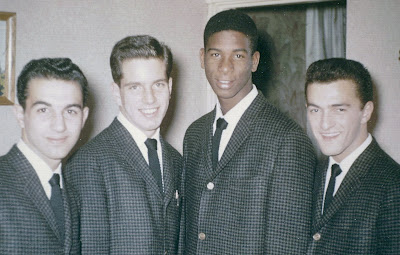 The Donnybrooks started as the Phaetons in 1954 from Cannosburg in Pittsburgh when five students of the Cannonsburgh third ward grade decided to form a vocal group Robert Kobert(Lead).Harold Campbell(2nd Lead),Ken Paige(1st Tenor and the black member),Frank Trebel(Baritone) and John Alterio(Bass) though Harold soon leave the group. 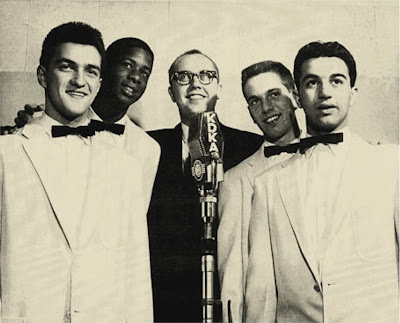 They were guiding by their music teacher Lou Popiolkowski and in the late 1957 Joe Gorlock manager of singer Jerry Manolas ask to the group supply the background on the Jerry's demo_Midnight Dream.finally this song was released in April 1958 on Coral Records but with another back up group.


The group continued to practice religiously daily and appeared on the locally televised Wilken's amateur Hour and on several talent search contest shows.The Phaetons win the Art Pallan Talent Search in the KDKA and win one place for compete in New York City with several groups from other stated by a RCA recording contract.in preparation for this competition the DJ Art Pallan and KDKSAgeneral manager Guy Harrys changed the group name to The Four Pals(named after Pallan) finally the group finished second in the competition and win a recording contract with Calico Records. 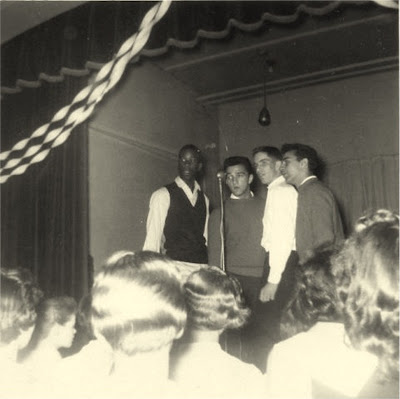 The group send to Calico some demos written by their tacher Lou.the label liked the demos and released their first disc in August 1959 with the popish sides_Everytime We Kiss/Break The Glass. with the group name of The Donnybrooks.

The A side was very popular and in Septemebr 25,1959 the group apperead on the Dick Clark caravan Of stars Tour. 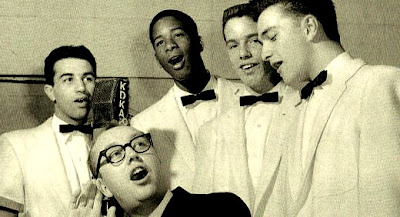 In December 1959 the group released their second disc on Calico_Coming Home From School/Mandolins Of Love. under the group name of The Donneybrooks this second release not receive promotion from the label and finally their contract hadn't been renewed.
The group remained together until 1960 and later only Robert Kobert continue in the music bussines recording for Alanna and Souvenir Records as Bobby Shawn. 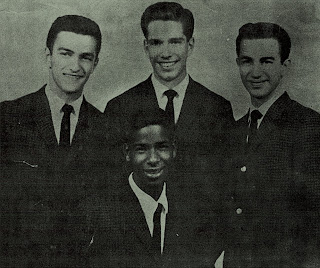 Complete information about this group at;http://hubpages.com/hub/The-Donnybrooks
Posted by Whitedoowopcollector at 12:16 AM

The DONNYBROOKS appreciate you helping to keep alive a very special and important time in the history of music.

THE ORIGINAL dONNYBROOK MEMBERS ARE NOW PERFORMING TOGETHER AGAIN AND HAVE SOME BOOKINGS FOR THE COMING FALL SEASON. KEEP UP YOUR GOOD WORK