THE FOUR EMCEES aka THE STEREOS aka THE NOBLES 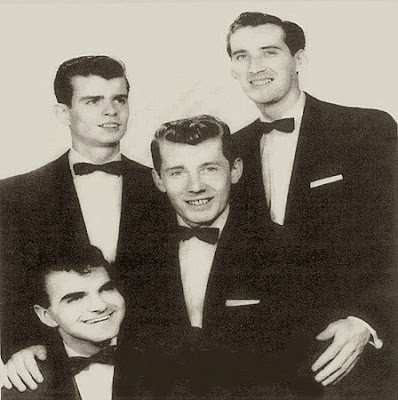 Canadian vocal group from Toronto started as the Four Emcees by tenor Harry Harding in the upper left and Iver McIver,( second tenor) in the lower right. Ken Reaney (bass) in the lower left and Ken McRae (baritone) in the upper right. they were inspired by other groups coming out of Toronto, Ontario, Canada i.e. The Crewcuts, The Four Lads and The Diamonds. 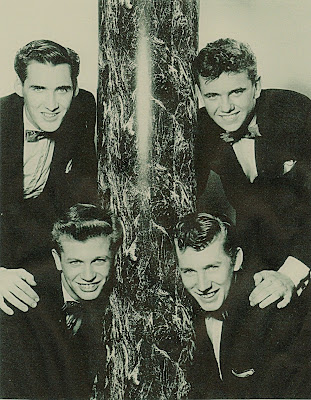 In 1956-58 they recorded for canadian labels as Alvina,Quality and Regency Records and some of your singles were distribuited in USA by Kapp Records. 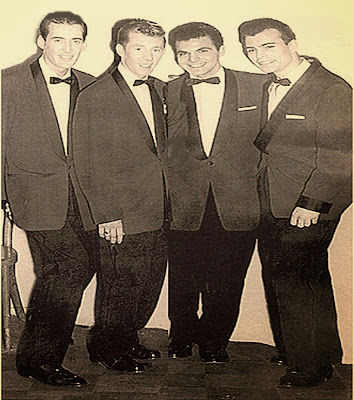 In 1958 changed their name to The Stereos and recorded the single_I Wish I Was(a Teenager Again)/Dodle-Ee-Do. on the canadian label Reo Records.

Later in one tour by the US they signed with ABC Records where recorded two singles under the group name of THE NOBLES...

Finally in the end of 1959 the group broke up and Harry and Larry recorded with The Hi-Lites on King Records(see in this blog).