THE TRIBUNES_The Code Of Love 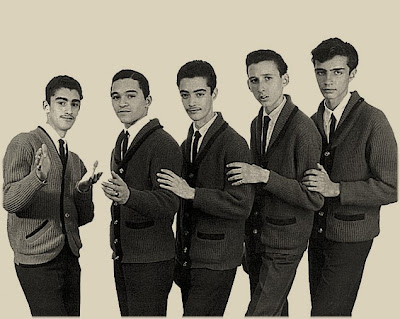 Hispanic group from the bronx started in 1957 by Tony Acaron,Chy Soto,Hector DeValle and Albert Bowcome they took their name from the movie"The Robe",in this movie Victor Mature was made a Roman Tribune.This formation never recorded. 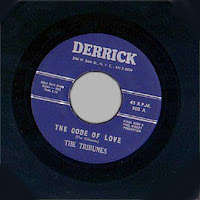 By 1962 the new Tribune's were formed by left to right in the picture;Anthony Vasquez,Junior Vasquez,Sonny Lopez,John Costello and Tony Acaron.they recorded in 1962 on the Paul Winley's label Derric Records the sides_The Code Of Love/Now That You're Gone.this recording made personal appearances at the Apollo theater in Harlem.
The group continued to make appearances at Rock n' Roll shows, night clubs and major entertainment venues nationwide until the early 1963, when the ensemble disbanded.

Posted by Whitedoowopcollector at 6:05 AM