BUDDY RANDELL & THE KNICKERBOCKERS_All I Need Is You

This band were formed in 1962 in New Jersey by brothers Beau Charles (guitar/vocals) and John Charles (bass/vocals) , Ned Brown (keyboards) and Skip Cherrubino (drums). Brown and Cherrubino were replaced a year later by Pete Glitz (drums) and Pete LoCasio (saxophone). The classic line-up was formed in 1964 with the additions of Buddy Randell (vocals, sax) , previously of the Rockin' Saints and the Royal Teens (who had a hit with "Short Shorts" in 1958) and drummer Jimmy Walker (previously the drummer with Messina, New York based Atco Records act The Castle Kings). 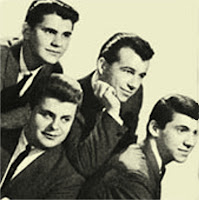 THE KNICKERBOCKERS came to the attention of producer/singer-songwriter Jerry Fuller while playing a teen dance in Albany, NY, and he subsequently signed them to L.A. based Challenge Records. 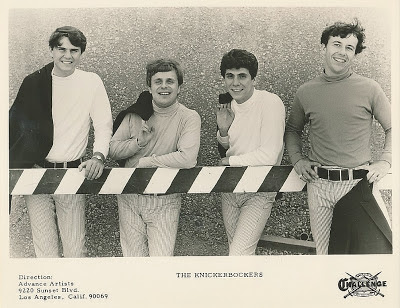 The KNICKERBOCKERS and Fuller began recording in the late Summer of 1965 in New York City, producing the doo-wop flavored "All I Need is You"....

They were present in the doo wop guides with...

Posted by Whitedoowopcollector at 4:44 AM