GINGER DAVIS & THE SNAPS_I'm No Run Around 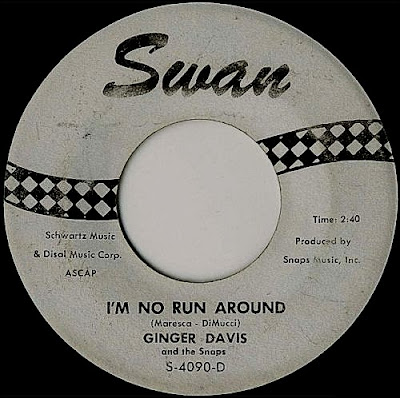 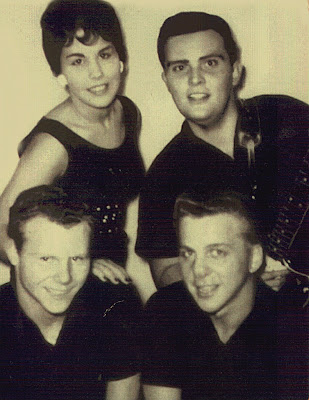 First know as Cookie & The Cousins practicing in West Deptford area in Philly and contacted with Len Cherkis progam director of the WIBG who introduced the group to many local shows and to Norman Barker manager of Dic Lee who send the guys to Reco-arts studio in Philadelphia owened by Emil Corsin.Georgie Young arrangent the session produced by Norman.

Truly(written by Zarzeck)/Love Me(The Way You Love Me).were released in 1960 and make live appearances for the group and introduced this to Bernie Binnick one of the principals of Swan Records who signed the group and released in 1961_I’m No Run Around(answer song to Dion’s_Runaround Sue. Tune)/Laughin’.

To Listen or Download_I'm No Run Around.  please visit; http://www.box.net/shared/9ll8t520ue

Without anny success, they recorded many more sides as_Thanks Heaven For Little Boys on Tore Records but never recorded again.

Posted by Whitedoowopcollector at 3:23 AM