JORDAN & THE FASCINATIONS_Once Upon A Time

Frank Zazo and Lou Adessa were in a vocal group named The Debonairs and frequented a local record shop on Bell Boulevard in Queens owened by Jerry Love.When the group broke up,Jerry took Frank and Lou and joined forces with Ralph Lasher,Bobby Thomas and Jimmy Alessandria. it was the nucleus of the group The Boulevards who in 1959 recorded on the Everest label(see in this blog) out of Bayside,Queens,NY. 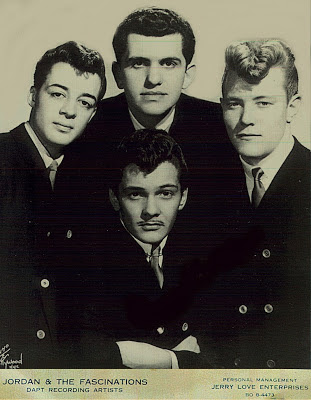 But soon Frank,Lou and Jim back up a gentleman from Ohio named Jordan Christopher,and taking the name of Jordan's old group The Fascinations who recorded on the Sure label in 1960 the sides_Midnight/Doom Bada Doom.(see in this blog)  and recorded as Jordan & The Fascinations....


-Give Me Your Love/Once Upon A Time. Carol Records-1961.
-My Imagination/I'll Be Forever Loving You. Dapt Records-1961.
-Love Will Make Your Mind Go Wild/My Baby Doesn't Smille Anymore. Dap Records-1961.
-I'm Goin' Home/If You Love Really Love Me. Josie Records-1962. 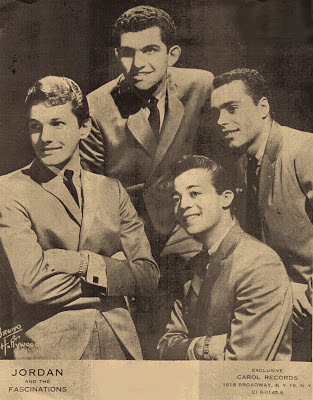 When the group broke up Jordan would eventually go solo on Jubilee Records and then form The Wild Ones on United artists.He would marry Richard Burton's ex-wife Sibil and become a movie actor.

Unafortunely in the mid 90's Jordan passed away. 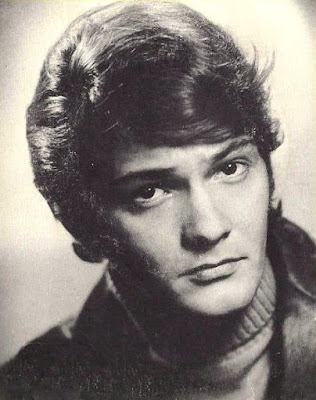 Posted by Whitedoowopcollector at 10:15 AM