LARRY LEE & THE EMBERS_That Little Girl Was Mine 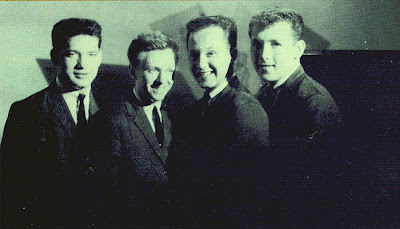 They recorded some demos for Candy(Wella Wella/Queen For A Lifetime...) and 20 th Century Fox(Lover's Nights...) but they were never issued. 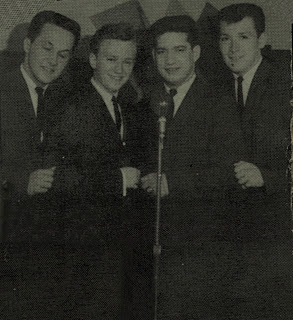 Also have others unreleased songs as_That Little Girl Was Mine/Tremble (acappella)/Winter's Romance.(these sides were released in the 70's in a Relic album).

To Listen or Download_That Little Girl Was Mine. please visit;http://www.box.net/shared/zf6zc900os 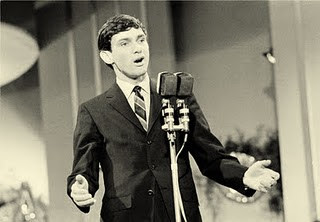 The Embers backing in 1959 to Gene Pitney (above picture) on four demos songs_Darkness/Victory/So Tired. and Runaway Lover.when by internal dissensions the group Broke Up.

Later Larry Lee with members of The 5 Bell Aires recorded for M.Z. Records as Larry Lee & The Four Bel Aires.(see in this blog).

Read a Bio about the group... Posted by Whitedoowopcollector at 11:29 PM