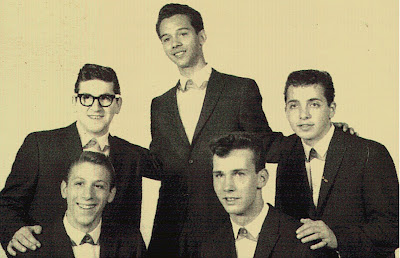 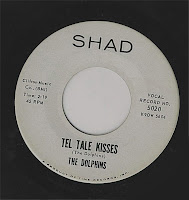 They signed for Shad Records and have their first recording session at Capitol Studios in New York on 19 April 1960.A 32 piece orchestra,that incluided 16 violins,was used for the songs_Tel Tale Kisses/I Found True Love.which were issued as single on 11 August 1960. 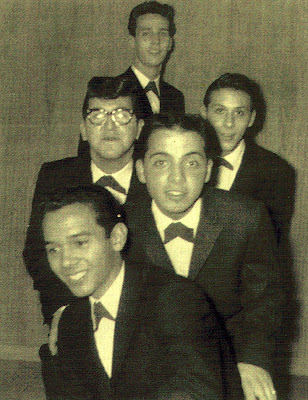 In 1961 the group moved to Angletone Records where they recorded under the name Dougie & The Dolphins_Yesterday's Dreams/Double Date.

Posted by Whitedoowopcollector at 6:28 AM