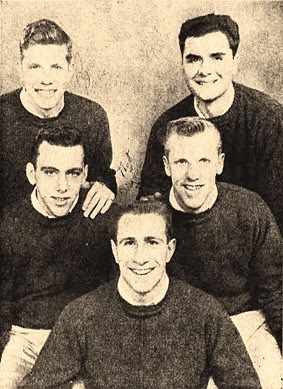 In 1958 Willis Walley,choir director from the Oneonta high school in New York assembled a school chorus under the name of The Pizzarinos(they were sponsored by the Moca’s pizzeria),participe in school talent shows and private parties. 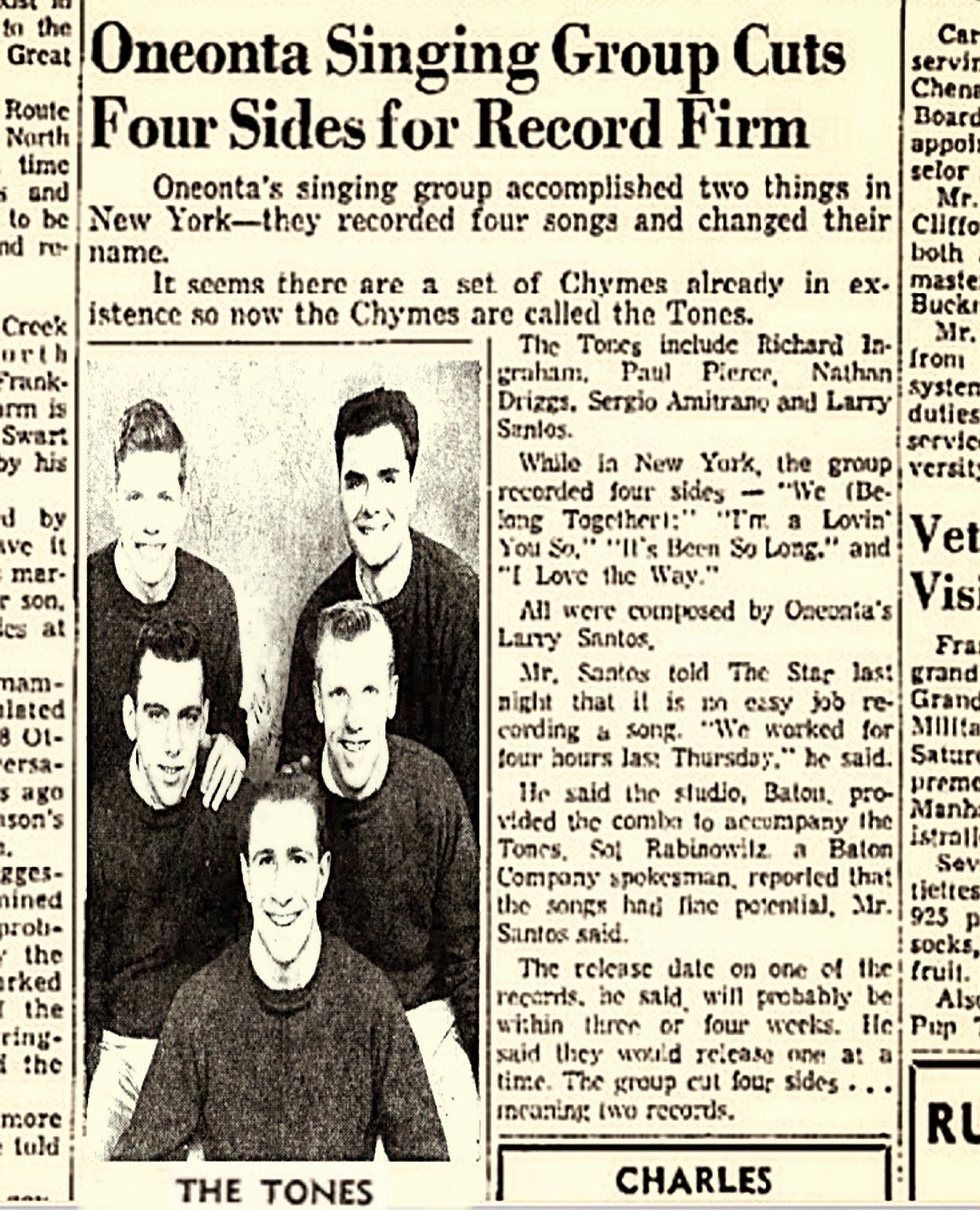 Later some members of this chorus; Ronald Lloyd Crosby (later know as folkie/country rock singer Jerry Jeff Walker),Paul Pierce(Lead Vocal),Larry Santos,Sergio Amitrano,Jerry Russell,Richard Ingraham and Nathon Driggs decided to continue as a musical band under the name of The Chymes.signed as their manager to Russell’s dad who recorded one demo to the group at the Hartwick college’s recording studios and send the group to Philadelphia and finally a New York where auditioned with Baton’s lead producer Saul Rabinowicz who signed the band.


The label wanted a vocal group to sing and it would provide studio musicians to back up the band(in these back up studio group were incluided band members Jerry Russell and Ron Crosby).

In 1958 the label released the sides_Three Little Loves/We Belong Together(Both written by Larry Santos). Under the group name of THE TONES(Baton promoting the disc as a vocal quintet and only pictured five members of the band).


The label pressed 10.000 copies got a significant amount of air play on individual radio station charts across the northeast and Midwester states(as the WKBW in Buffalo,NY) and dead. 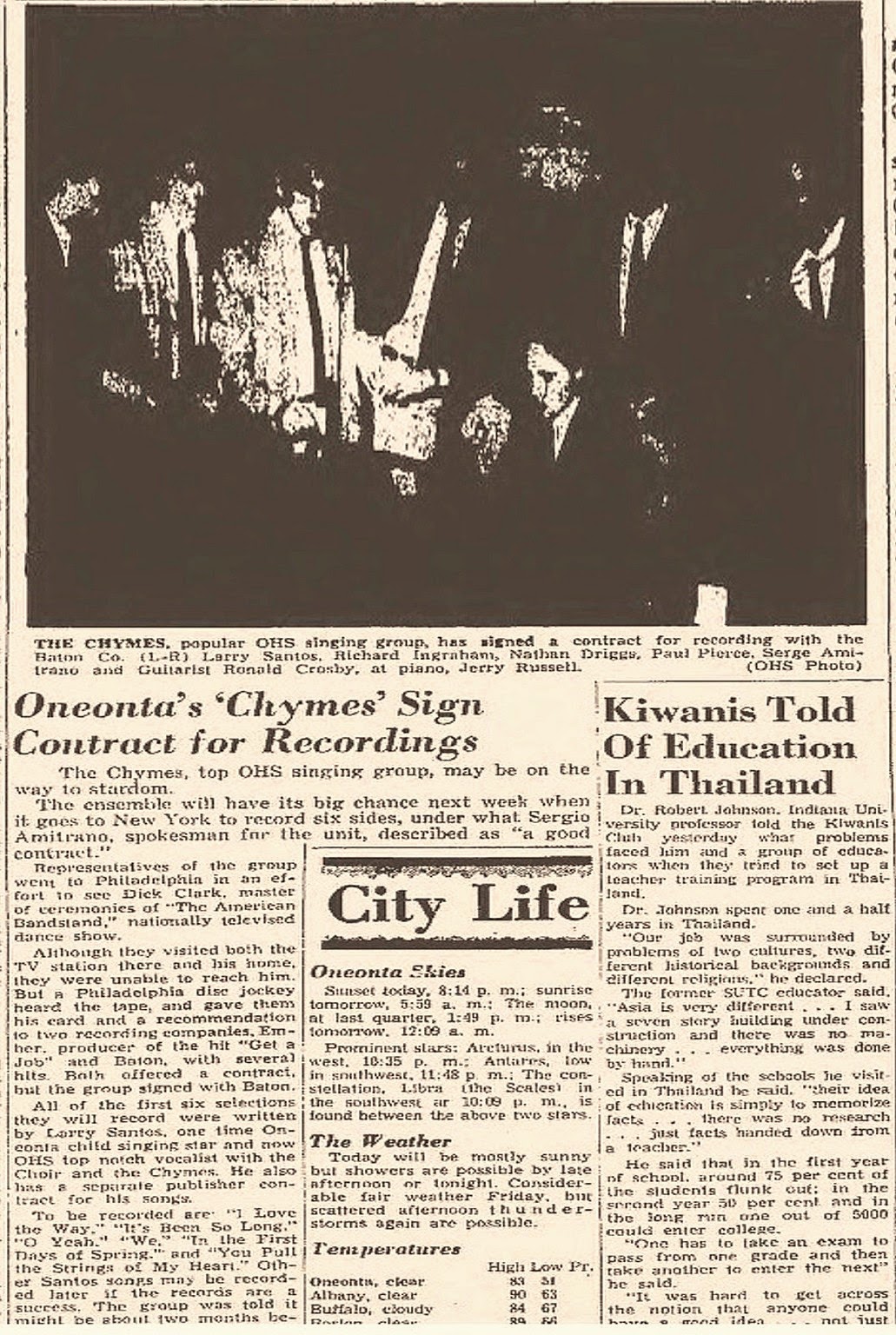 The band participe in locally teen dance shows and finally in late 1958 disbanded. 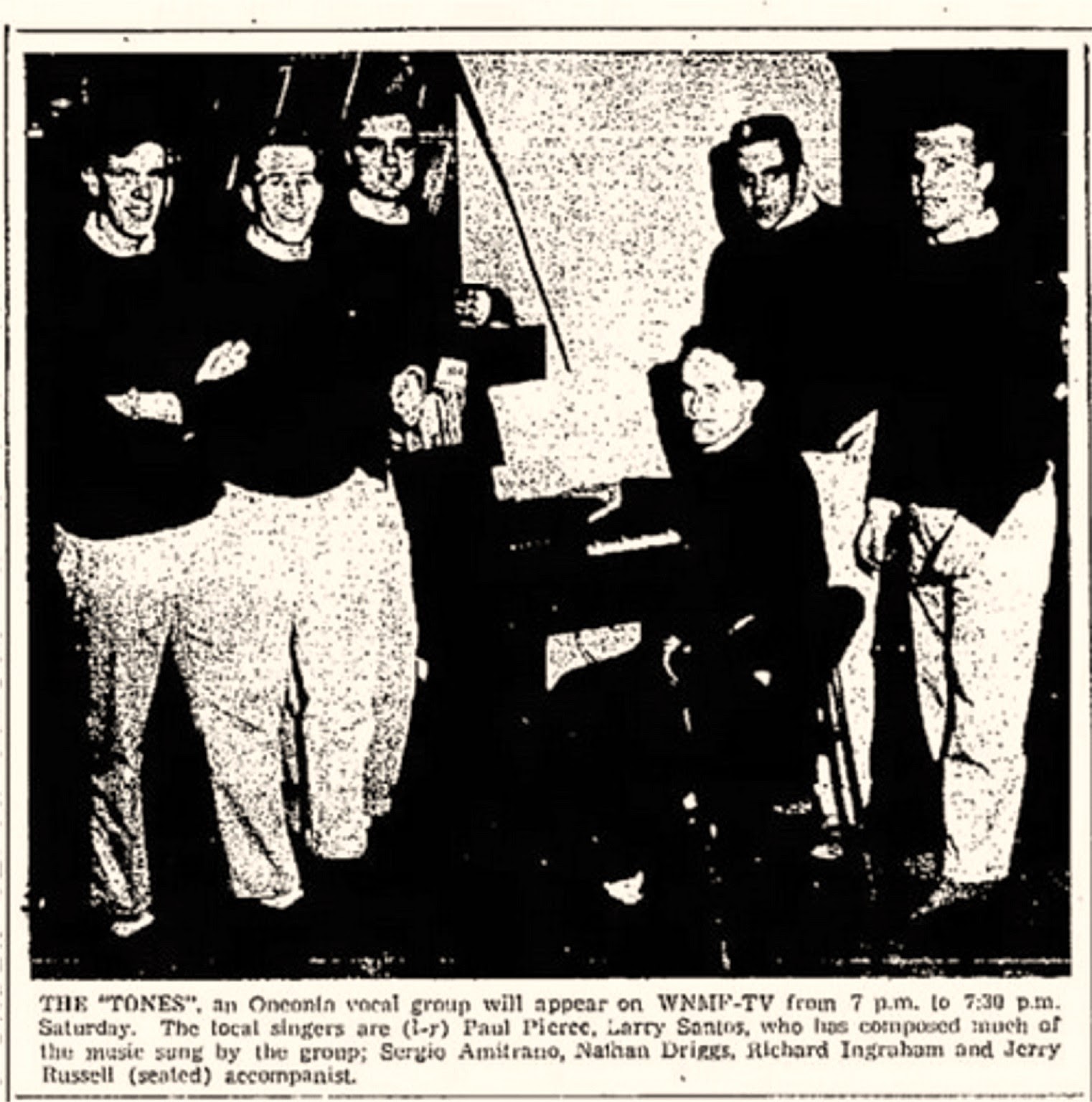 Larry Santos continue in the music bussines,writte songs for The Madisons(see in this blog) or the Four Season’s side_Candy Girl.
Posted by Whitedoowopcollector at 2:20 AM