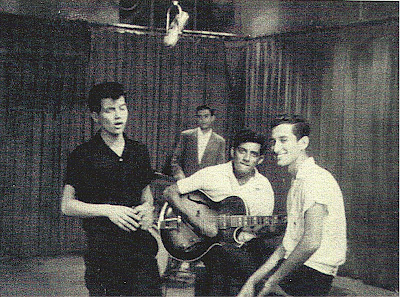 In 1958 signed local disk Jockey Bob Dixon as their manager and this changed their name to The Matadors and cut a demo tape of the group,Bob send the tape to Jimmy Duncan of Backbeat Records who signed the group and recorded four sides in Houston.

In early 1960 the label released two sides under the name of...

Backbeat released the recording with a picture sleeve but only with the Lead singer Hank Ayala in the cover. 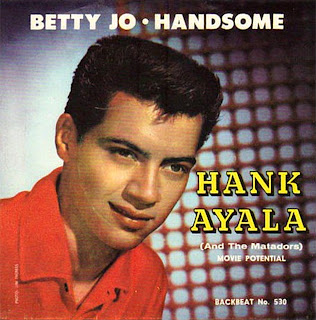 The disc was very popular locally but the group never recorded again and disbanded in 1961.