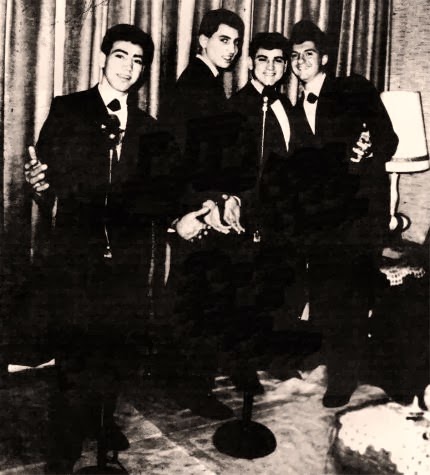 Group from the Ridgewood section of Brooklyn consisted of Richard Albanese(Lead),Frank Vultaggio(Second Tenor),Steve Tuttolomondo(First Tenor),Joe Carrao(Baritone) and Bob Emrick(Bass) and managed by Joseph Pellegrino this send the group to O.D.O. recording studios in New York City where they cut a tune written(without credit) by Lenny Hunter of The Five Discs and Lead singer of The Chalets_Mr. Maestro. and the B side_Well It's Alright.
Mr. Pellegrino released some copies under the label name of Pellegrino Record Co. but finally sold the masters to RMP(Radio Music prod.) and this label released the disc in November 1959.the record have a good local acceptacion. 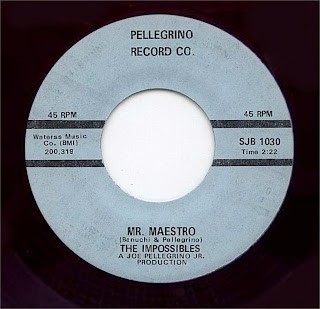 In March,1960 The Impossibles have their second release on the RMP label_Well it's Alright/Everywhere I Go. this disc send the group to have big perfomances in many clubs in Brooklyn and Queens.


Juanary 1961 the group had recorded their third and least successful RPM release_I Can't Dance/The Tenants' Blues. without any success the group continued doing local shows and in 1963 made their television debut on the Clay Cole Show (see below pictures). 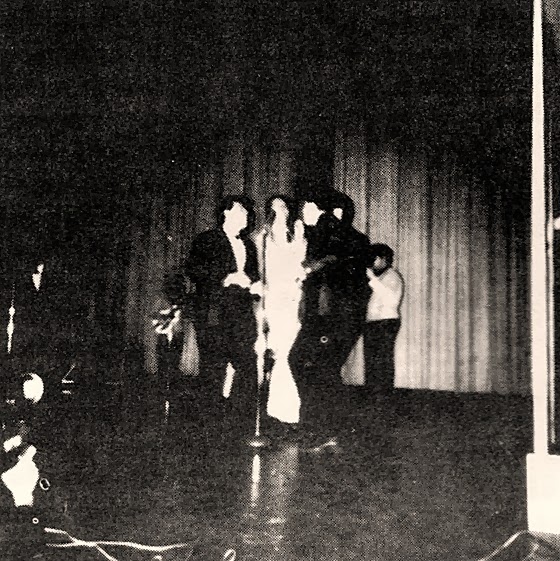 In 1964 the group signed with Chess Records changed their name to THE MANIACS and recorded two demos_Get The Whip/Dance The Jerk. but these sides never were released and the group disbanded in early1965.
Posted by Whitedoowopcollector at 3:56 AM