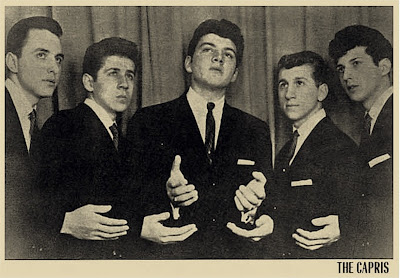 In July 1958 recorded to demo tape in the Mahattan David Trimble Studios with songs as Darling,Pretty Girl,Indian Girl,There's A Moon Out Tonight...under the group name of The Capris(by the Lincoln chevy capri car) and present the tape to the record producers team Striano-Luccisano-Gentile,they liked the group and offer a record session but before the producers ask the right of all the songs.

At Beltone Studios in New York the group recorded the songs and _There's A Moon Out Tonight/Indian Girl.were released in the fall of 1958 on the Planet label without any success,the group broke up. 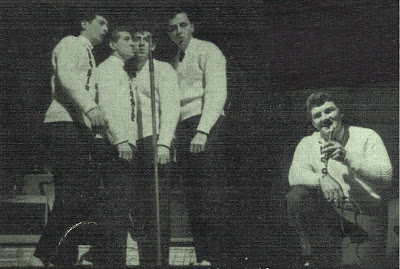 In 1960 record collector Jerry Greene(later owner of Collectables Records) working in a NY record Shop,Times Square Records owened by Slim Rose.Jerry found a copy of The Capri's single and via Slim send the disc to Alan Friedricks Nite Train Radio Show,the A Side have a big acceptacion and Jerry buy by $200 the masters of the 45' to Planet Records and re-released the sides on the label Lost Nite Records(owened by Jerry with Jare Weinstein and Al Trommers). 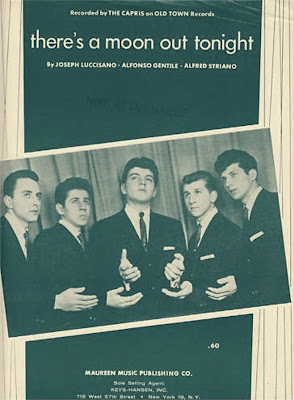 Murray The K a DJ from New York play the disc and the A side have again a big demand and Lost Nite sold the master to Hy Weiss of Old Town Label for their national distribution.

Finally in December of 1960 the side charted #3. and was one of the most popular ballad in the DJ's circuit. 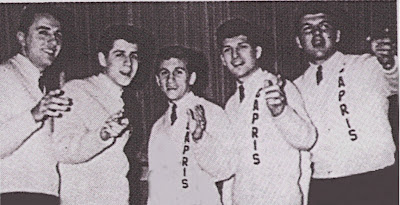 In early 1961 Hy Weiss reunited the group assigned to new manager Chartles Merenstein and recorded three new singles to the guys_Where I Fell in Love/Some People Think._Tears In My Eyes/Why Do I Cry._ Girl In My Dreams/My Island In The Sun. with these new sides the group charted #74 in the spring of 1961 with_Where I Fell In Love. and #92 in autumn of 1961 with_Girl In My Dreams.

They made two appearances on Dick Clark show and made an appearance at The Apollo Theater. 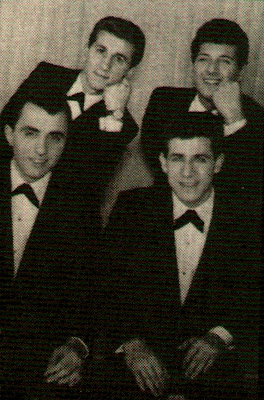 In 1962 Nick leave the group and Frank Reina was the new lead also Cassese leave the group and John Apostle was now their new Bass, the group signed with Larry Utals of Mr. Peacock Records where recorded the single_Limbo/From The Vine Came The Grape. the A side charted #99 in the summer of 1962.

The group also back up to Clay Cole on his Imperial Single_Twist Around The Clock.(see in this blog) and toured with Clay on his record-rama Review. 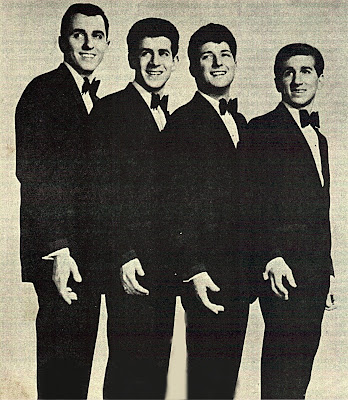 In 1982 Mike and Frank reunited with Nick Santo,Tony Dano and Tommy Ferrara of The Del-Satins(see in this blog) and recorded for Ambient Sound the side_Morse Code Of Love. this tune(the song was originally started back in 1961, but never finished by the writer Nick Santamaria﻿ till 81) was very popular in the revival circuit and was versioned by The Manhattan Transfer and charted #83 in the early 1985.

Also in 1982 the Ambient Sound label released an album of the group with the title_There’s A Moon Out Again!. with 12 songs...

The group have the unreleased sides....

Sadly, Nick Santo of the Capris just passed away today. He was 69.