THE FOUR EVERS_You Belong To Me 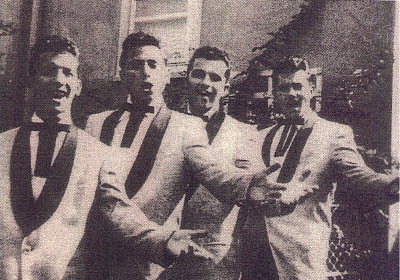 In early 1957 three junior high schoolmates from Brooklyn,Marty Jolton,John Cipriani and Steve Tudanger formed Marty & The Joltineers (see above picture)..when Laryy and Sal Ruggerio join the group changed their name to The Corsairs. 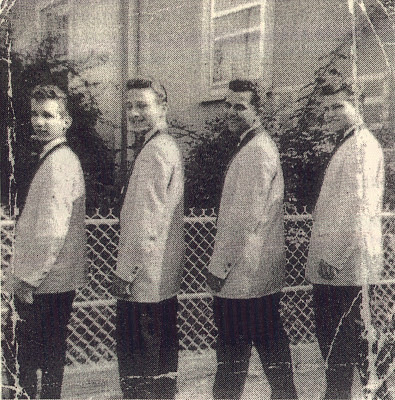 When Larry left they changed again their name to The Vocal Lords(see in this blog),managed by John’s father this give to song written by a friend_At Seventeen. Jim Crisali a local businessman(he owened two small pizzerias) in Souuth Brooklyn liked the group and pay a group record session of_At Seventeen/Girl Of Mine. Also Jim’s release in 1959 the songs on a  45 disc under the label name of Able Records.this same year the master was sold to Taurus Records and this re-released the sides again.From this time the group have unreleased sides as_My Love Will Always Be/At 17/Hey Senorita/Down By The Riverside.

After a live appearance on channel 13 Clay Cole TV Show,Mike”Serby”Sebiniano owner of Taurus Records used the guys as back up group on Fireflies and Donnie & The Delchords record sessions(Steve wrote_Good Friends. For The Fireflies).

By 1960 The Vocal Lords were broke up but John Cipriani and Steve Tudanger with Nick Zagami and Joe DiBeneditto (from a group named The Paladiums who have an unrecorded demo_Lou’s Back In Town/Climb The Highest Mountain.). Formed again The Vocal Lords group,they singing in many clubs and recorded  new demos_I’ll Be Seeing You/That’s I Wrote In The Note/Baby It’s Gotta Be Love.

In 1961 Joe(Lead),John(1st Tenor),Steve(2nd Tenor) and Nick (Baritone) changed their name to The 4 Evers(from a Nick’s phrase “Let’s get going or we’ll here forever”) and signed Al Kasha as their manager,this send the group to Dave Kapalick of Columbia subsidiary label Epic Records who signed a Columbia’s contract. 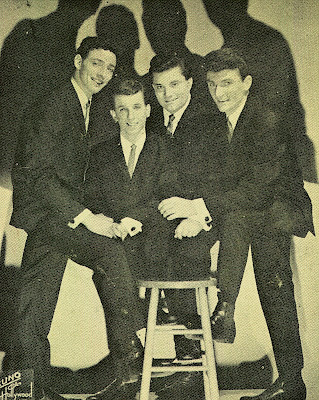 In 1962 recorded for Columbia Records the sides_You Belong To Me/Such A Goddnight For Dreaming. (with King Curtiss on bass Sax and Sam “The Man” Taylor on Tenor Sax) without any success,later another white group, The Dupress recorded a low version of the A Side and have a national number one.

To Listen or Download_You Belong To Me. please visit; http://www.box.net/shared/itbbhmqp1o

Columbia used the group as a studio group,they back up to Bob Halley,Gene Montomery or Al Kasha under the name of Bill Casher. 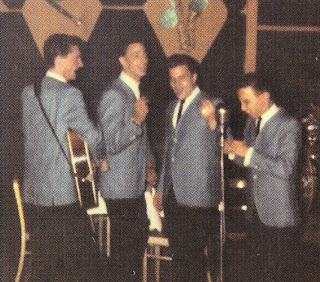 In early 1963 Nick was replaced by Andy Ventura and Al send the group to work with Bob Crewe and Bob Gaudio of The Four Seasons,they send the group to Smash Records where recorded in 1963 the sides_Love Come Back To Me/It’s Love. And in 1964_Please Be Mine/If I Were A Magician. This disc soon was re-released with the A Side as_Be My Girl. And this side charted #75 nationally.

By 1964 Nick  Zagami returned as the Baritone of the group and this recorded their last Smash’s single_Everlasting/Doo Bee Dum. In the B Side Bob Gaudio played Keybards.

In 1966 Steve was replaced by Albee Gallione of the white group The Passions and the group moved to their first label,Columbia Records where recorded_Lovely Way To Say Goodnite/The Girl I Wanna Bring Home. 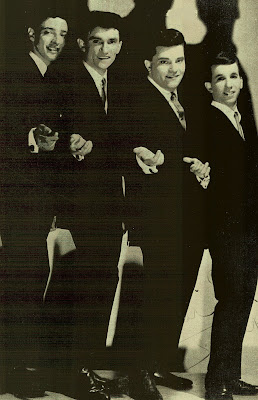 Followed by another single on Red Bird Records_You Never Had It So Good/What A Scene. Finally this was the last release of the group. 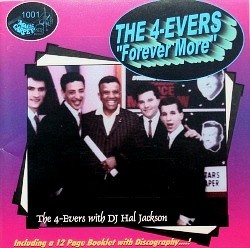 In 1963 Johnny Simms (see in this blog) recorded one single for Ality Records_Talk To Me/This Is The Moment. Actually Johnny was John Cipriani with the 4 Evers.

In 1963 Steve and Andy managing and writing for a girl group know as The Candy Girls on Rotate Records.

In 1980 Jason Scott Records released one single with the sides_You Belong To Me/Such A Good Night For Dreaming.

I Am A Brooklyn Boy They Wear a Good Group