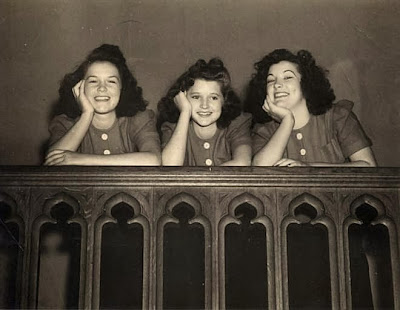 In the mid fifties, Pat Ryan, Sylvia Totter, and Jean Borgia became the Bonnie Sisters and recorded one of the very first girl group sounding recordings ever. Ironically, the girls, who worked together as nurses, bore a striking resemblance though they were not related. 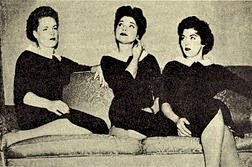 The girls had been friends for some time before they realized they had a great sound. One day while working in the Bellevue Hospital laundry the conversation turned to a new record called_No More. by the DeJohn Sisters. One thing led to another, and the girls started singing together acapella; this activity continued whenever they were working the same shifts. Calling themselves the Belle Aimes, the gals found their way to an Arthur Godfrey televised talent show, and later to Eddie Heller's Rainbow Records.

The group changed their name to tie in which the "sister" singing craze. Legend has it that they were all dressed alike in Scotch print skirts and blouses. Heller, who came up with the new name, also found a song for the new girl group to record_Cry Baby. had been the B-side to a record by the Scarlets (later the Five Satins), and with it's novelty appeal of being an R&B record recorded by three white girls, it bounded up the charts, eventually reaching number 18 in 1956. 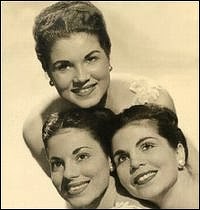 Two more singles came out in quick secession, but neither_Wandering Heart. nor_Confess. sold much at all. The Bonnies still did some television shows and local gigs, but that was all for their career on vinyl. 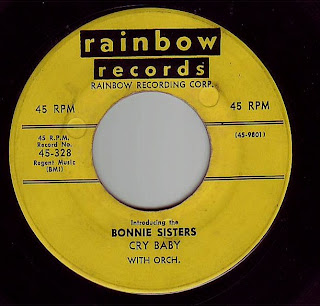 To Listen or Download please visit; http://www.box.net/shared/5xb4t6lf01
Posted by Whitedoowopcollector at 3:40 PM

You have an absolutely wonderful blog. So glad I happened across it!