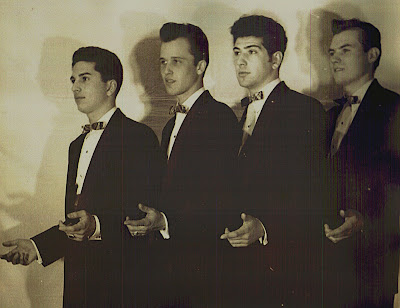 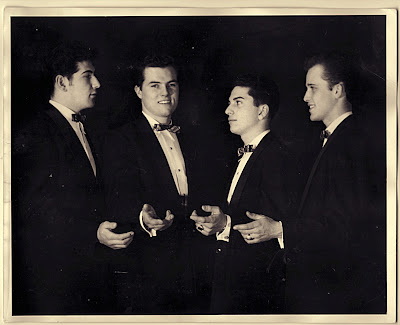 In 1957 signed with the Cincinnati,Ohio King Records owned by Sid Natham where recorded _Let’s Stay After School/My Baby’s Gone.

NOTE; In the Kreiter guide Bubber Johnson also on King Records is listed with the same songs from the Velvet Key’s first single.a mistake of this guide?.

Without success the label cancelled another two singles of the group for 1958 and the Velvet Key’s broke up without made another recording. 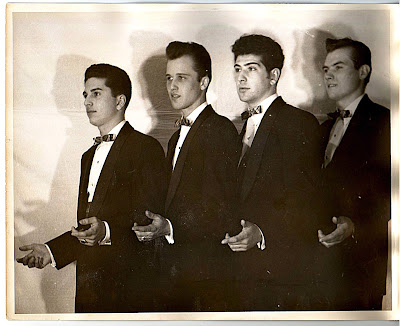 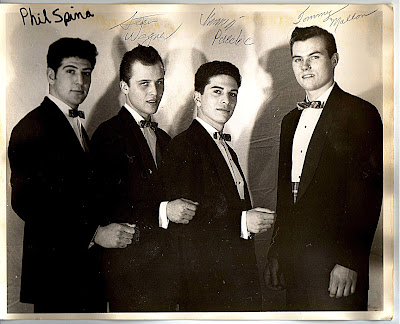 Posted by Whitedoowopcollector at 12:19 AM

This is Phil/Fil Spina you have some wrong info. If you like I can correct it for your site. Phil