THE LEISURE LADS_Baby, I'm All Alone 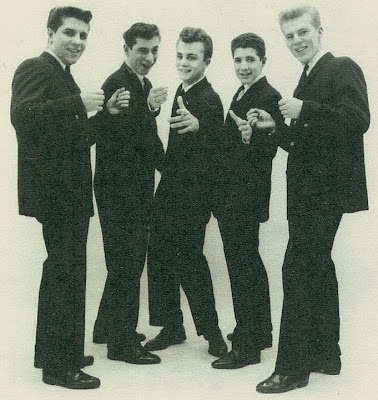 Bobby was the brother of Frank Maffei of Danny & The Juniors fame. 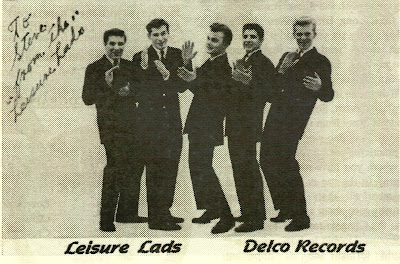 In 1959 they recorded for Delco Records the 45 RPM_A Teenage Memory/Baby I'm All Alone.

Also they recorded a demo tape with nine songs as_You Are All My Heart,Poor Jim,Streets of Venice,When I Say Hello To You ..... 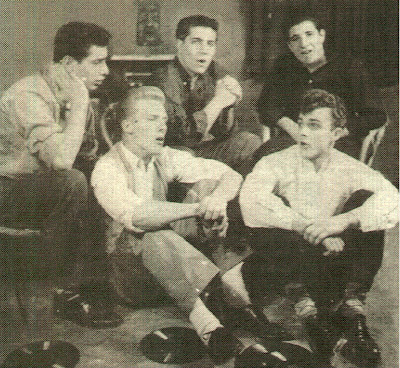 To Listen or Download_Baby I'm All Alone.Written by the owner of Delco Records Peter J. Lauro Please visit; http://www.box.net/shared/77xsxcc4sl

Read a brief bio of the group from the book...
http://whitedoowopcollector.blogspot.com/2010/10/encyclopedia-of-rhythm-and-blues-and.html

In 1958, follwing Danny & the Juniors' huge it "At the Hop", one of it's members, Frank Maffei, learned of his younger brother bobby's aspiration to similar celebrity status.

For that and other ego-satisfying reasons, the Leisure Lads group was formed. After a great deal of practice, they began public appearances. Pete Lauro, a local musician, brought them to reco-Arts studio, where they, along with other interested parties, financed a recording and an eventual pressing of five hundred discs on a label named after Delaware County (Delco), where they were all from.

With a record released, their schedule of appearances began to climb. This lasted for some time. When their record began to disappear from radio show playlists, their appearance bookings vanished as well. In 1962 they drifted apart.
Posted by Whitedoowopcollector at 3:31 AM