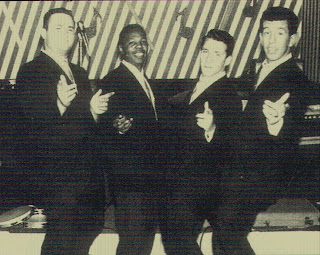 This group have the only Rock & Roll/Doo-Wop record ever done in Latin_Gaudeamus.

They started in the Poly Prep High School in Brooklyn as The Legends; Richard Berg, Richard Perry, and the lead singer Jim Picardi they recorded a demo song_Zoom Zoom Zoom.  and auditioned for Dick Jacobs, a conductor/arranger/A&R man at Coral Records, He liked the song and offer a contract to the group but under the name of The Escorts. 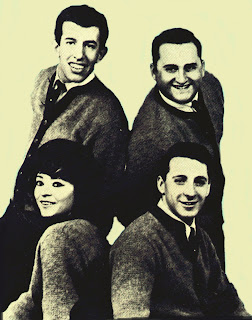 In a show at the Lollipop Lounge they know to Genya "Goldie" Zelkowitz this replaced Rodney as the Lead singer and recorded two singles for Coral as Goldie & The Escorts. 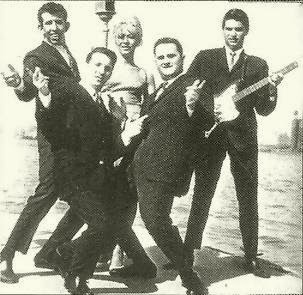 After of these recordings Goldy formed her own girl group Goldy & The Gingerbreads. 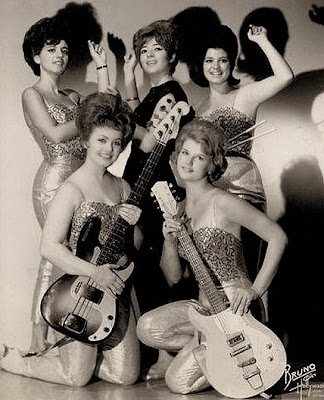 Meanwhile The Escorts took another lead singer named Bobby Lance and he was the lead on their last two records in Coral. 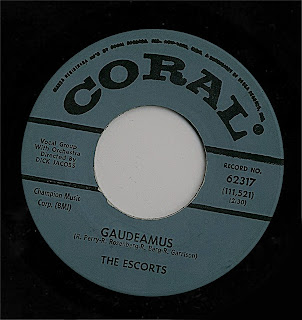 Posted by Whitedoowopcollector at 12:15 AM

Thanks a lot pertaining to putting up a real wonderful content! I ran across your web site ideal for our requires. Its content has amazing along with valuable blogposts. Carry on the excellent operate!
http://www.cosmos-escorts.com/escort-services/escort-munich

It's Best Blog Post Believe me...
Indian Escorts in Dubai