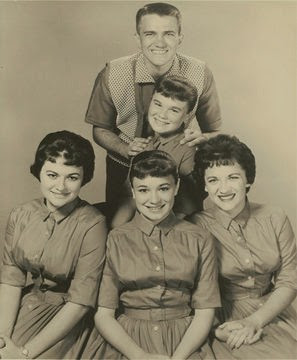 The ‘Pettit Family’ began singing together in the late 1940s in Northwest Iowa. It started with the four oldest children singing, accompanied by their mother Marie. The quartet consisted of Alice, Bob, Pati and Mary. 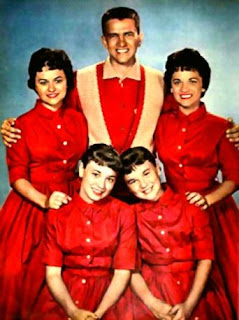 Marie taught Alice and Bob to sing harmony while Pati and Mary sang the melody. Mary sang all the solos and, at the early age of five or six, was considered a gifted singer. Their sister Claudia joined them at the age of three, singing melody with Pati and Mary.

The Pettit Family sang all around Iowa for many years. Gorden Gammick of the “Des Moines Tribune” and later his own television show on KRNT TV, became their devoted fan and mentor.

The family moved to Chicago, and, on the advice of their agent, changed the name 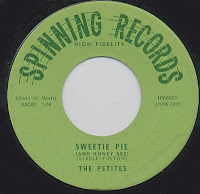 to The Petites. In 1958 they performed on “The Arthur Godfrey Show” in New York with Gammick as their talent scout. That appearance brought them an audition for George Gobel and his television show. The Petites were hired!

They moved to California and had the privilege of performing on the show with many stars such as Paul Lynde, Bea Arthur, Joe Flynn. The show’s head writer was Norman Lear. During the Gobel Show era, Columbia Records signed them, through Frank DeVol, who was head of orchestrations on the Gobel Show.

The siblings cut eight records as “The Petites”; enjoying some success and lots of air play with their records of “Blessed Are They”, “Sun Showers” and “Get Your Daddy’s Car Tonight.” Johnny Grant, now known as the ‘Honorary Mayor of Hollywood’ was a disc jockey at KMPC Radio and one of their greatest fans. 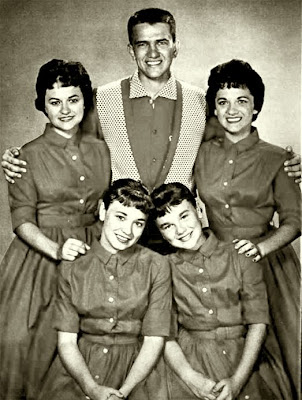 With the marriage of Alice and Pati, the trio of Bob, Mary and Claudia continued singing. Performing in San Francisco, Reno, Lake Tahoe, New York and Las Vegas.

Listen to The Petites...

Posted by Whitedoowopcollector at 3:47 PM